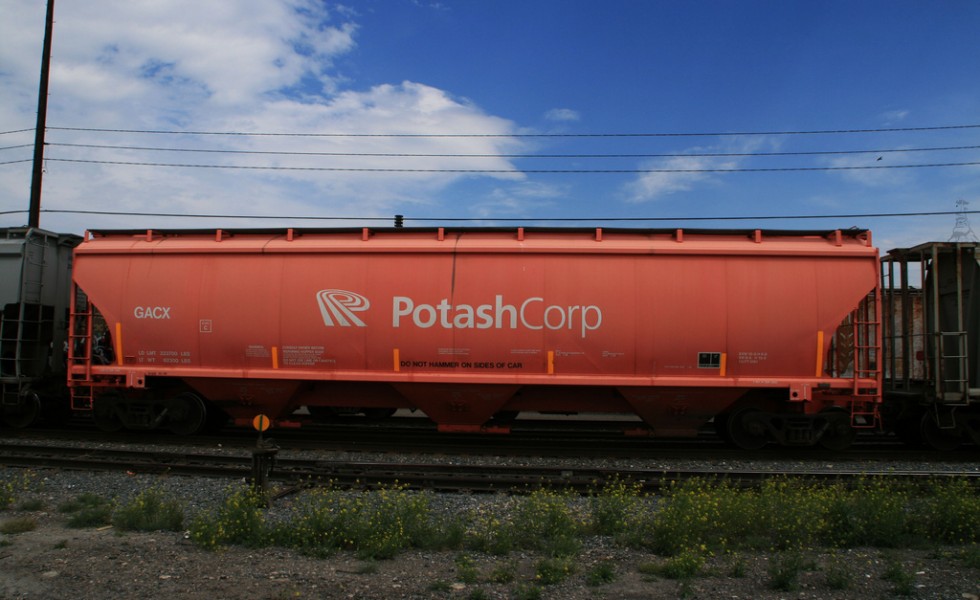 There are two reasons to keep up-to-speed on the fast pace of events in what would seem to be the very dull world of potash.

The first reason is that the key players in this once-tightly controlled market continue–at least temporarily–to loose their grip on it. According to analysts’ prices for this key fertilizers could drop to $325 per ton by the endo of 2013.

In short, go long potash; it’s the best time in years to buy it and apply it.

The second reason to keep an eye on the potash market is that, in truth, you can’t take your eyes off of what is quickly turning into a Russian version of an American soap opera.

You may recall, nine weeks ago the Russian-Belarusian potash cartel, a rocky twosome composed of Russia’s Uralkali and Belarus’ Belaruskali, parted company when the Russians simply grabbed their baseball and went home.

That was bad news to Belarus. Together, the colluding neighbors mine and market about 40 percent of the potash used around the world. Their two biggest clients are the world’s biggest potash buyers: China and India.

Uralkali said it pulled out of the cartel because it believed it would sell more potash to the fast-growing, increasingly wealthy Asian twins at prices that delivered more through-put and greater overall profits than the supply-managing cartel could.

First, it was losing half of the big, two-fisted hand that disciplined a huge chunk of global potash production and, second, it was now in competition with its bigger, tougher former partner.

That could mean just one thing to Belarus, where potash sales deliver an estimated 10 percent of its overall tax revenue: potash prices were about to fall and that fall would clip the nation hard.

Hard,because potash isn’t just another commodity like wheat or iron ore. More than 70 percent of its production and, in turn, almost all pricing and sales are tightly controlled by two global cartels—the Russian-Belarusian venture (which goes by its initials, BPC) and Canpotex, a North American powerhouse composed of Mosaic, Agrium and Potash Corp. of Saskatchewan.

As such, when any one of the five giants makes an unscripted move, the other four want to know why because billions of dollars rest on the explanation. And that conversation isn’t one for chickens or cowards, especially in the Land of Oligarchs, Russia.

In late August, Uralkali’s CEO, Vladislav Baumgertner, traveled to Minsk to soothe the ruffled feathers of the big ducks at both Belaruskali and the Belarus government. The talks must have gone badly because when Baumgertner returned to the airport to fly back Russia he was arrested, then jailed.

And, for a month, that’s just where he stayed in what was described by one news service as, embarrassingly, “the Belarusian KGB pre-trial detention centre.”

Russia retaliated by cutting off pork exports to Belarus. Belarus got the message and released Baumgertner to “house arrest.”

Meanwhile, on Sept. 24, Russia upped the ante—and, in all likelihood, the future of the global cartel—when it was announced that Uralkali had sold a 12.5 percent stake of its business to China Investment Corp., a Chinese sovereign-wealth fund, for an estimated $2.03 billion.

The news, if accurate, brings China, a 10-million-ton-per-year customer, into Uralkali just about the time Belarus and Russia were thought to be ready to meet and make up. That overture, at least for the moment, is on hold.

So, too, may be the days of the two-continent, five-member potash cartel thanks to the deal between Russians and the Chinese.

Gee, who would have ever thought that a couple of old reds might become a white knight to crack the potash cartel? Of course, that crack could be pasted over next year so get your potash this year.