On the road: California 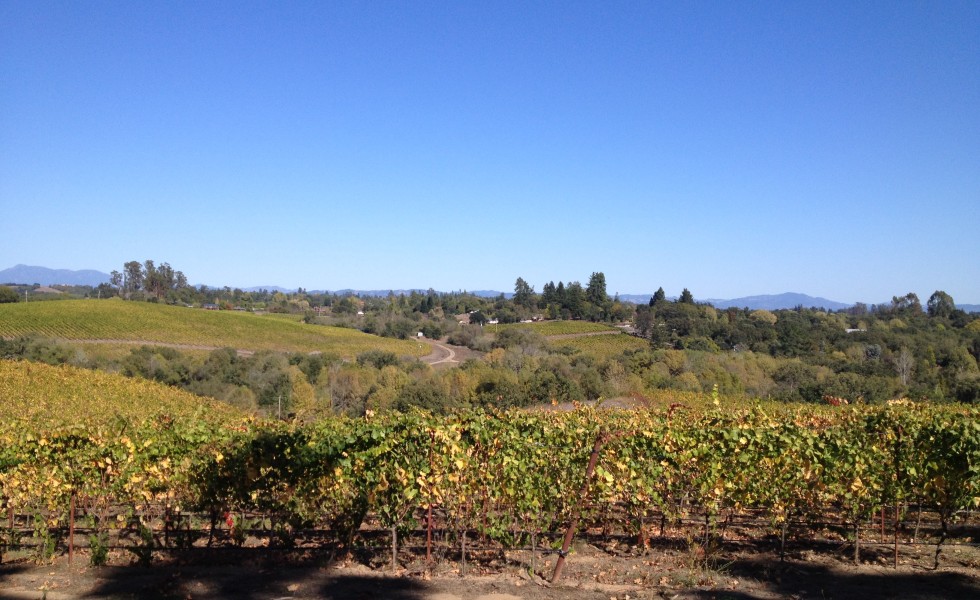 From the baking but breezy rest stop in the middle of California’s Mojave Desert, Interstate 15 disappears into the low mountains southwest toward Los Angeles and northeast towards Las Vegas. The desert is huge, brown and desolate. The highway is flat, gray and jammed with cars roaring both directions at 70 miles an hour.

It’s the second surprise in two days for the lovely Catherine and me on a week-long drive through California’s Central Valley, Sonoma wine country and San Francisco.

The first was Las Vegas, our starting point the day before. The former Sinatra-cool oasis is a spring break frat party today, booze-powered, loud and wobbly.

Now, a hoped-for restorative Sunday drive through a peaceful, quiet desert has become a Chicago bumper-fest. We hang a right at Barstow and head to Bakersfield across the high desert. No more Ferraris, no more LA-bound Las Vegas losers, no more white-knuckle driving.

A couple of hours later we’re the Joads in The Grapes of Wrath as we coast downhill from the endlessly brown desert to the green, cool Central Valley. The contrast could not be more stark and Bakersfield—bigger than either New Orleans or Pittsburgh—couldn’t be quieter. It’s a farm town on a Sunday afternoon.

So is the seating. To encourage conversation, more than 40 of us sit on either side of one, long table. After I tell my mealtime mates that Catherine and I are touring central California for the first time, site suggestions flow like iced tea. Some confirm the state’s unmatched natural beauty (yes, we will be going to Sequoia National Park tomorrow) while another hints of its natural fragility.

Me: How deep are the irrigation wells watering the orange groves and grapes we saw as we drove into Bakersfield?

Me: In 40 years it will matter to your grandchildren.

The we’re-dead, they’re-dry comment hitches a ride with us as we tour Sequoia, spend a night near Fresno, then drive west across the vegetable-packed, dusty Valley to Santa Cruz, Pebble Beach and Big Sur. It’s an indictment of America’s consumer culture—use everything now because tomorrow, well, tomorrow is somebody else’s problem.

But it’s something more, too.

If demographic California now looks like what experts say America will resemble in a generation or two—multi-cultural, multi-lingual, more crowded—then California’s agriculture may soon be America’s farming past.

The reason becomes clearer with every mile you travel in this beautiful, incredibly productive valley: It’s very hard to see any future to any food system that devours so many intensively concentrated resources—water, fuel, artificial fertilizer, chemicals—so America can eat strawberries in February.

A few days later, a young environmental engineer in Berkeley disagrees when I offer that thesis. “California’s agriculture is too efficient to ever change,” he says.

Now I disagree. You’re confusing efficiency with production, I say. California is highly productive, no argument. But it is inefficient and without water it’s neither.

A couple of days in the hilly Russian River wine country (the pinot, please), two touristy days and nights in San Francisco (wow, Cath, did you see those tattoos?) then it’s back to the airport and, soon enough, the flat-land and straight-road reality of central Illinois.

But the memories linger. Are they real? Only if California is real, and it is.

For a while, anyway.