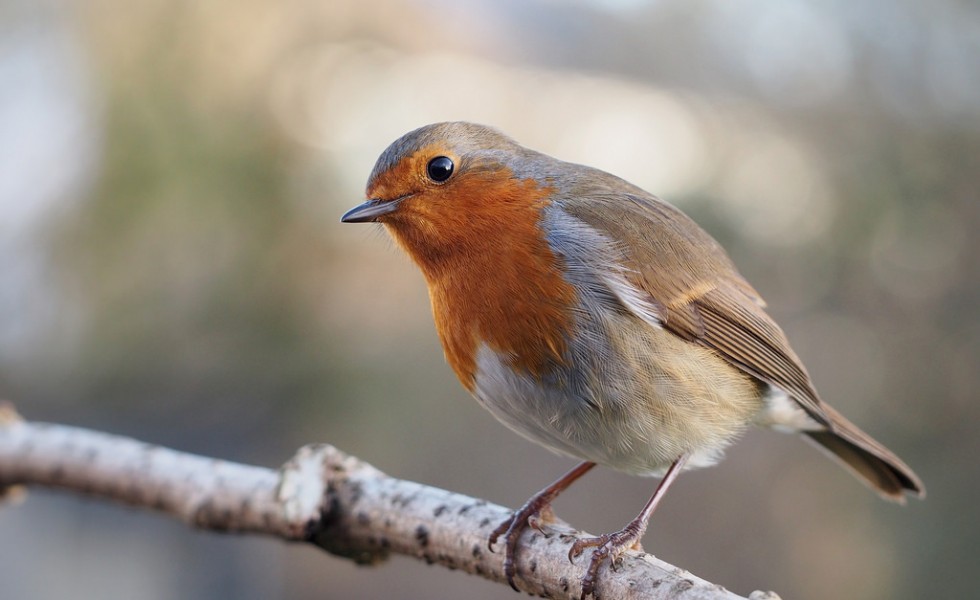 Three weeks ago a fluffed-up robin, chin tucked deeply into its rust-colored chest, clung tightly to a low, bare branch of a crab apple tree near my office door. An icy wind ruffled the feathers on its back while the bird, eyes closed, stood stiff as frozen dumpling on the slowly heaving branch.

Sleet began to fall. Awakened, the robin took a heavy-lidded look skyward. A second later it turned its head sideways and (I’m not makin’ this up) shot a quick glance of utter disgust my way. It then leaped off the branch and headed south.

Winter, however, stayed and most days thereafter brought more clear, cold evidence that the lion that came in with March planned to stay the entire month.

Not so in this untamed office. Spring cleaning arrived just after the sleepy robin left. First to go were four, longer-than-your-arm file drawers full of newspaper clippings, old speeches and interview notes in a file cabinet made sometime in the 1950s. While I had looked into the cabinet occasionally—usually by accident—the office manager ordered it to get gone and gone it got.

With it went about 30 lbs. of 30-year-old background material on what was to be the definitive book on the early 1980s crack-up of ag banking. Generations of yet unborn of ag econ students will thank the lovely Catherine for sending that dull textbook to the recycler before it was even a dull manuscript. Good riddance.

Also to go were two banker boxes stuffed with the riff and raff of solo journalism: power cords and keyboards embossed with names like Compaq and Gateway; box after box of new—no kidding—typewriter ribbons; dozens of bootleg cassette tapes (so long Henry Gross, good-bye King Crimson) and, literally, a rat’s nest of old computer mice, miniature speakers and extension cords.

Who were the goofy people who moved this old junk to our new home nine years ago and then stored like the hidden treasure it surely wasn’t?

Lucky our children didn’t find it. Both already think they see signs of their parents’ coming nuttiness and dozens of stored, pristine typewriter ribbons easily could have become the proof they say they are not looking for.

Tackled next was a tall stack of printouts and magazines that had somehow became one of the few things to survive the Clinton Administration untouched. Turning it over and starting at the bottom (clever, eh?) I find a New Yorker magazine from 1987 that I had saved for… well, I don’t remember why I save it. Adios.

Next came a speech file for a talk I gave to a county pork producer group in 1995. I remember the speech well because it went so badly. I know this because an audience member approached me afterwards and asked who had invited me and why. He then suggested I leave. Bye.

The sweaty memory breaks the cleaning fever and the move to remove paper stops. Days pass. More snow falls. A few more robins appear; most busily scratch leaf-littered flowerbeds in search of food and spring. They find neither.

A day later a cold front brings warm blue skies and an ice-edged wind. Somehow, enough heat from somewhere rises to carry a circling red-tailed hawk high over the nearby lake where thick ice continues to live in the shadows of the surrounding hills. Everywhere else on the lake, however, I see open water, the first in more than three months.

The glistening water inspires. I grab the huge pile of paper that still needs to be sorted and, with neither ceremony nor hesitation, dump it all in the recycling box. Why had I not thought of that in, say, 2004?

Done. Now I’m ready for spring. I look out the office door. A robin lands in the nearby crab apple tree.

Category: From the Column     Tagged:

Tweet
← “I Know What I Know”
Doing Nothing Does Nothing →