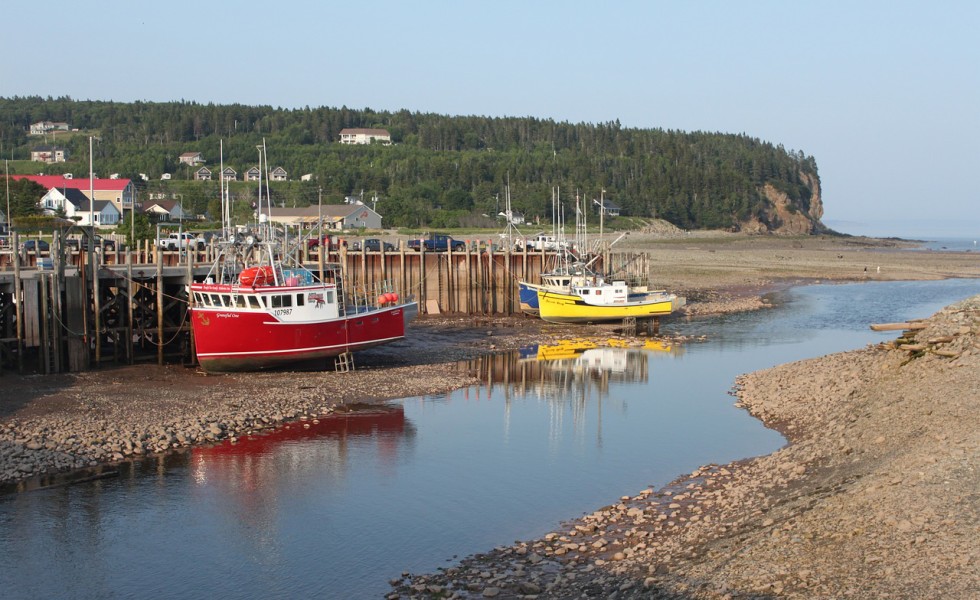 U.S. Secretary of Agriculture Sonny Perdue caught a glimpse of this maritime Eden June 15 during his day-long visit with Lawrence MacAulay, Canada’s Agriculture Minister, at MacAulay’s dairy and potato farm that overlooks St. Peter’s Bay on the island’s north shore.

Perdue may have caught more than that: According to Canadian press reports, the two ag chiefs spent part of their “amiable” day lobster fishing.

That’s no surprise; Perdue’s been fishing international waters since he took over USDA in late April 2017. It’s been a skimpy haul, however, because his boss, President Donald J. Trump, hasn’t given him any line to troll with. In fact, Perdue has been the one on the hook since the President handicapped him by withdrawing from the Trans-Pacific Partnership, Big Ag’s biggest hoped-for trade deal, before the Sonny even got on board.

The 18 months since haven’t brought many ag trade giggles and grins either. Trump’s called-for renegotiation of the North American Free Trade Agreement (NAFTA) has led to one merry-go-round-after-round of tough talk and tight smiles between negotiators from Mexico, Canada, and the U.S.

Worse, when the three sides do tack-weld a wobbly framework together to support a new NAFTA, Trump bigfoots into the delicate deal with new dead-on-arrival demands meant more to blow up any agreement than to make one. Perdue then dutifully drops in, pliers on his belt—Prince Edward Island is the latest example—to mend the damaged fences and soothe hurt feelings.

It’s not exactly the role the Secretary thought he’d fulfill when he told U.S. farmers to relax, he had “the President’s ear” so American ag exports would not be harmed by Trump’s protectionist campaign tweets and talk.

Perdue should have asked the President which was his good ear because the one he’s been talking into for a long time is solid oak. Since May, Trump has repeated his intent to place tariffs on America’s best ag customers in every direction—north on Canada, south on Mexico, west on China, and east on the European Union.

And the chest-thumping talk will not be cheap in rural America. Ag economists calculate that Iowa will lose $624 million in soy sales alone to China under Trump’s original tariffs, more if his June 18 threatened tariffs are imposed. Ohio State University figures farmers in the Buckeye State will see farm income crushed by 50 percent if the Trump tariffs go into effect.

Through it all, Perdue has maintained a frozen smile while offering plausible, albeit empty, explanations for a White House trade policy built on little more than a fact-free president with a Twitter account, a short temper, and a long memory.

After his Canadian fishing adventure with Ag Minister MacAulay, Perdue again demonstrated his gift for not rising to any Trump-inspired trade bait. When asked about a timeline to complete NAFTA, the Secretary noted that “The president, interestingly enough, is a unique negotiator—does not respond to deadlines that much.”

Nor, it seems, does he respond much to what his secretary of agriculture tells him. Trade trash talk continues to tumble out of the White House unfiltered and unanalyzed even though commodity and equity markets dive lower each time the President finds the ALL CAPS key on his cell phone.

Which was exactly why Perdue day-tripped to beautiful Prince Edward Island; he went to reassure his Canadian counterpart—as well as U.S. and Canadian farmers and ranchers—that NAFTA talks would continue despite Trump’s Twitter rants against Canada, its farmers, and their “weak and dishonest” leader, Prime Minister Justin Trudeau.

Well, at least he had some lobster after the first course of crow.

Tweet
← On the Road: Ireland’s Farms, Food, and Future
Readers Can Write, Too →