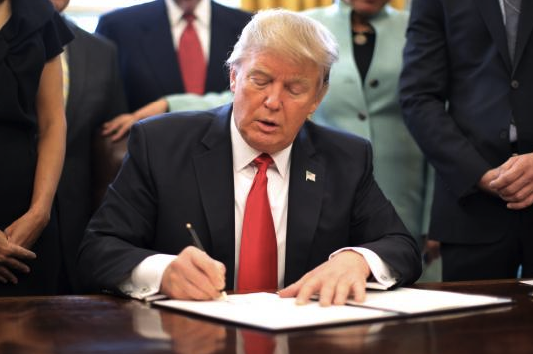 No major American daily newspaper features sharper, more poisonous pens than the market-focused writers at the Wall Street Journal. When these opinion peddlers go after you in print, they hit hard, fast, and—most of the time—with inarguable fact.

“It’s hard to know exactly what motivated Mr. Trump’s tweets,” wondered the editorialists, “… but he seems to think he can use tariffs as a two-fer to help struggling U.S. steel makers while punishing Argentina and Brazil for displacing U.S. farm exports to China.”

That’s not how markets—or even White Houses—work, the Journal reminded readers. In fact, “He’s wrong on every count.”

That unmistakable poke arrived just as the President was, yet again, repositioning his ever-shifting position on a much-awaited U.S.-China trade deal. Well, Mr. Trump opined from Europe, “In some ways I like the idea of waiting until after the election for the China deal.”

So where does all this presidential tweaking, tweeting, and, according to the Journal, twaddle, leave U.S. farmers and ranchers, Chinese buyers, and the U.S. economy?

One unlikely comparison captures the essence of the President’s tariff policy and, as he calls it, the “fake news” media, especially his hometown newspaper, the New York Times.

First, predictably, U.S. steel tariffs have hit U.S. steelmakers harder than foreign steel exporters. As the Journal noted, U.S. steel prices “have plunged by nearly half since June 2018” and “(p)rimary metal manufacturing jobs have fallen by 7,900 since [this] January…”

These facts are confirmed in the stock price of U.S. Steel, the nation’s second largest steel maker. After more than a year of market-guarding tariffs, U.S. Steel shares now hover at $13, up from its 2019 low of $10.14 in mid-October but still 30 percent below its Jan. 2 price of $18.51.

As such, why impose the same, wrong-headed policies now on Argentina—a nation that, according the Journal, “makes up less than 1% of U.S. steel imports”—and Brazil, a key ag export competitor?

That wrongness will be amplified by the President’s “wait-until-the-election” plan on any China trade deal. Indeed, in less than 24 hours the White House somehow found the best worst way to ensure that China, Argentina, and Brazil become even better trading buddies next year while U.S. farmers and ranchers see more of their markets simply handed over to competitors.

And that’s if Mount Tariff doesn’t blow again. If it does, the Chinese-Argentine-Brazilian ag trade triangle could become even more set in concrete.

But don’t take it from me; take it from the nation’s leading business newspaper, the Wall Street Journal, the flagship of Rupert Murdoch’s American media empire that includes Fox News.

Oh, I nearly forgot, the aforementioned “fake news” comparison: As the U.S. steel industry was losing jobs, markets, and value under the tariff regime imposed by the President, one of his toughest media critics, the “fake news” New York Times, was killing it in the market.

That, too, is an irrefutable market reality; investors pay for solid value, not molten lava. Just ask the miners at the Wall Street Journal.

Tweet
← Milk Shake-Up Just Beginning with Dean’s Downfall
Welcome to the Fight; Now Get in Line →