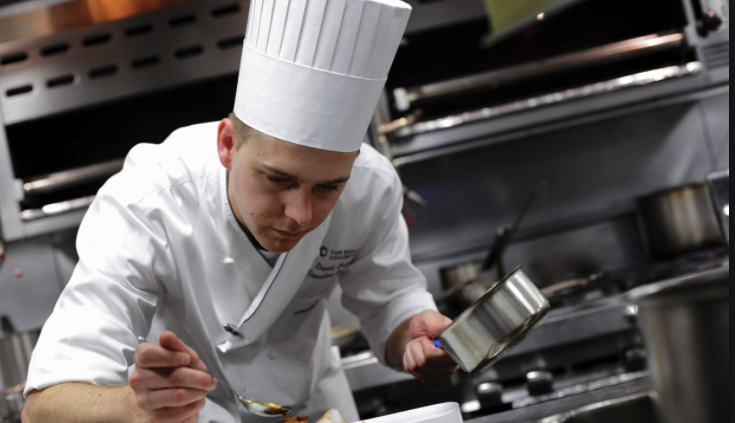 Toques, the starched, stovepipe hats worn by chefs, are crowned with 100 tiny pleats that, explain the French, represent the 100 ways to prepare an egg every cook must master before earning the title “Chef” and a much-prized toque.

Recent action by President Donald J. Trump and his administration suggest there must also be 100 ways to cook up more robust American agricultural trade and they—ready or not—are happy to try ‘em all.

The President started stirring the trade pot three days after his inauguration when he cancelled American participation in the nearly-complete Trans-Pacific Partnership, or TPP, the 12-nation deal that would have overseen trade on 40 percent of the global economy.

Most farm group leaders strongly supported TPP but no one complained too loudly. When they did, many echoed the view of American Farm Bureau Federation (AFBF) President Zippy Duvall who noted, “With this decision, it is critical that the new administration begin work… to develop new markets for U.S. agricultural goods…”

Well, sure, but less than two months later Duvall’s mild admonition was met with more anti-trade heat from the President when Trump—as he had throughout his campaign—called NAFTA, the North American Free Trade Agreement, a “catastrophe” and “the worst trade deal ever.”

Most farm groups again held their collective tongues until other political leaders—this time, the president of Mexico and Canada’s prime minister—telephoned Trump to explain the continental consequences of the U.S. pulling out of the deal. Trump relented saying he’d move to renegotiate the agreement tied to 14 million American jobs.

Shortly thereafter, Secretary of Commerce Wilbur Ross announced an “agreement in principle” between the U.S. and Mexico in a long-simmering sugar dispute. The agreement, however, wasn’t warmly received by all farmers. Sugar beet and cane growers complained loudly that it would allow more, not less, Mexican sugar into the U.S.

On June 16,Trump dropped another trade brick on farmers. “I am canceling the last administration’s completely one-sided deal with Cuba,” the President announced during a visit to Miami.

This time, however, most ag groups reacted swiftly and not so sweetly. “We urge the administration to exercise caution… on any new restrictions on doing business with Cuba,” said AFBF’s Duvall. “We should be doing more, not less…”

That same, clear eye should be used now by U.S. farm leaders as they measure the impact of China allowing American beef back into its domestic market after a 13-year ban. Instead, most are gushing like teenagers being asked to their first prom; they see China as rocket fuel for sending U.S. beef prices to the moon.

The reality is far different. While China now imports about $2.5 billion of beef each year (mostly from Australia and Brazil), it bought just $65 million of U.S. beef in 2003, the year it banned American imports because one “mad cow”—and a non-American one at that—was found in the U.S.

Also, China will enforce its “ban on synthetic hormones and beta agonists,” feed additives widely used in the U.S., writes Gregory Bloom, a meat industry expert, in the June 22 online edition of meatingplace.com.

And, he adds, “China… enforces this policy… through residue testing” while demanding “‘bookend’ traceability, defined as knowing the farm or entry point of origin and the slaughter facility location…” of the beef-supplying animal—standards well in excess of any U.S. requirement.

As such, warn trade analysts, it will be years before China’s impact on U.S. cattle markets is felt by any cowboy this side of the wide Pacific.

In the meantime, the trade cooks at the White House—from the President to his commerce, treasury, and ag secretaries to his special trade rep—will continue to search for a trade recipe that they hope will boost ag exports.

To date, however, with no clear trade leader, policy, or principle in place, all they’ve really done is break some eggs.