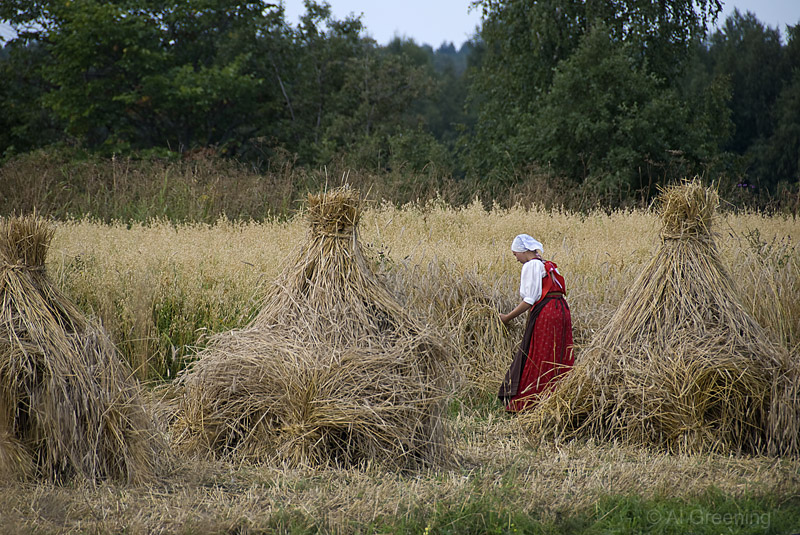 When Vladimir Putin sent his nation’s armed, but unmarked troops into sovereign territory of Ukraine, he became the latest in a long line of Russian Little Big Men to punch Eurasia’s famed breadbasket in the gut.

First came the imperial czars, then the revolutionary Bolsheviks and, right behind them and most brutally, Soviet leader Josef Stalin.

And now, from those sinister shadows, springs Putin, often described as a 20th century thinker with a 19th century vision of empire living in a 21st century world.

Putin, despite his big plans and small stature, is no Stalin. Beginning in 1929, Stalin moved to impose collectivization against village-based farmers called kulaks, or private landowners, in the big (about the size of France), food-rich Ukraine that had long served as a land and cultural bridge between Europe and Asia.

Stalin was ruthlessly efficient. By 1932, 75 percent of all Ukrainian land was state owned and nearly all of its ag production exported east to Soviet cities. A year later, with most of the kulaks either murdered or exiled, many of the farms fell fallow and an estimated 25,000 people a day starved to death in the Ukraine.

Historians estimate that 3 to 5 million Ukrainians died in Stalin’s years-long imposition of communist rule. Relief came only through a military invasion by the 20th century’s other great genocidal madman, Adolf Hitler.

Despite this bloody and brutal history, Ukraine nationalism somehow survived to, again, look west toward Europe and, again, toward democracy after the Soviet Union cracked up. Weak government institutions and even weaker, hugely corrupt government officials, however, undermined every Ukrainian “reform” movement in the last 20 years.

Each stumble opened the door a bit more for a newly emboldened, reconstituted Russia to reassert influence in its former satellite and Putin gladly—and quite recklessly—did just that earlier this month.

But can this little, bare-chested bear wrestler hold on to it in the face of international condemnation, a structurally weak Russian economy and enormous pressure from the foreign investors who have bet big on Ukraine’s ag and industry?

Probably not, but it won’t be for lack of trying. It will be because the cost of doing so will be too steep to the Russian economy and the oligarchs that all but manage it and, quite literally, own it. If Putin’s grab costs them too many rubles, Euros and dollars—in oil, natural gas, phosphate, wheat, iron, corn or military goods—Putin will drop Ukraine just before the oligarchs drop him.

In the meantime, U.S.-based Big Ag Biz and American farmers will have a sweaty spring; each group has much at stake on Putin’s next move.

The Big Boys have been dropping big cash on Ukrainian ag infrastructure because the troubled nation’s farms and farmers are again moving their vast production into global markets. DTN’s senior market analyst, Darin Newsom, put that rise in perspective March 4.

That’s a lot of groceries.

More importantly, however, will be if global grain buyers view Ukraine as a reliable supplier now that Russia has, again, sucker-punched it. Would you given the fact that the answer swings on the mood swings of Vladimir Putin?

Yeah, this is gonna’ get interesting.