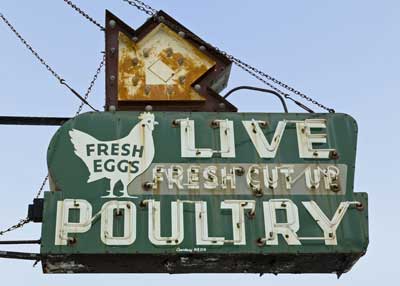 Almost everyone in American agriculture, from farmers to ranchers to the top executives of the biggest transnational grain trading and meatpacking firms, loves to say the United States is home to the cheapest, safest food supply in the world.

Of course, the global commodity slingers love cheap. It’s the yeast that makes their dough rise because, in a cutthroat business defined by uniformity, cheap sells.

Farmers and ranchers, on the other hand, aren’t in the cheap business. Cheap isn’t an ally; it’s the enemy. So why brag that America has “cheap” food when cheap carries no benefit other than being, well, cheap?

The definition of safe food, like cheap, is relative; it’s value lies in the eye of the beholder.

For example, from Jan. 10 through March 7, the U.S. Department of Agriculture’s Food Safety Inspection Service issued 20 recalls on food products that totaled 12,569,000 lbs.

You read that right: USDA has recalled an astounding 12.6 million lbs. of various beef, egg, chicken, pork or meat-containing products due to unsafe or questionable quality in the first nine weeks this year.

In 2013, USDA recalled 11,992,236 lbs. of meat, poultry and other foods for safety reasons. That, too, is an astounding number. But here are two equally staggering aspects to it.

First, according to USDA data, only 534,886 lbs. of the almost 12 million lbs. of recalled food was actually returned. That means 5,732 tons of it either remains out here or was consumed. Yikes.

Second, the amount recalled by USDA does not include the food recalled by the Food and Drug Administration. For example, the “Enforcement Report-Week of March 5, 2014” on FDA’s website, lists 50 or so recalls for items as diverse as cheese, cactus leaves and ready-made waffles. (Links to documents are posted at https://farmandfoodfile.com/in-the-news/.)

So, the “safest” food in the world?

The U.S. Centers for Disease Control and Prevention doesn’t think so. According to its latest data, from 2011, “…the overall annual estimate of the total burden of disease due to contaminated food consumed in the United States is 47.8 million illnesses, 127,839 hospitalizations, and 3,037 deaths.”

And, reports the CDC, already “the 2012 data showed a lack of recent progress in reducing foodborne infections and highlight the need for improved prevention.”

So, if unsafe food sickens one in six Americans every year and the system that delivers so much illness continues to show a “lack of recent progress,” why is USDA charging ahead with implementation of inspection regimes that promise fewer federal inspectors and faster slaughter line speeds?

On March 6, more than 100 small farm and food advocate groups wrote the White House to ask President Barack Obama that very question. All want to recall USDA’s pending “Modernization of Poultry Slaughter Inspection” rule that will “allow poultry company employees to do the job currently done by 800 USDA inspectors.”

Of the many changes the new rule ushers in, one—increasing slaughter line speeds—will mean that company employees will “inspect” up to 175 birds per minute compared to the 35 birds-per-minute now examined by USDA inspectors.

If that sounds like a sick idea, wait until you taste it.

Even worse is that USDA and its Big Ag Biz constituents view this “chicken” change as the first step to implement similar changes in cattle and hog slaughter. Seriously.

This is not just bad news to consumers who are increasingly made ill by an overworked, under-staffed food inspection system but also to farmers and ranchers who claim the nation has the world’s safest food.

If so, then America’s most trusted food providers, farmers and ranchers, need to advocate for stronger—not weaker—food inspection rules. And, yes, that costs money.

But making one out of every six customers sick is too costly already.

Tweet
← Punching Russia’s Breadbasket
“I Know What I Know” →