And the Moral Is… 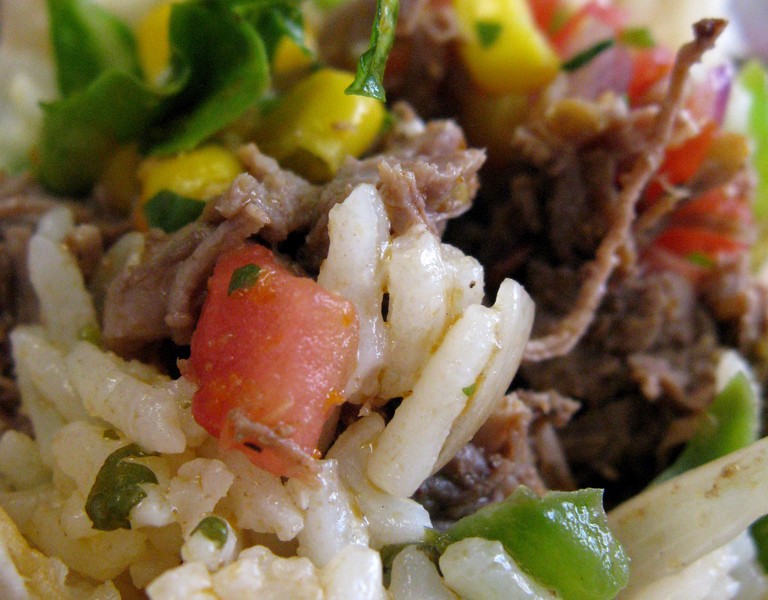 If you’re a regular reader of the American agricultural press you already know that the three greatest threats to U.S. farmers and ranchers are the chicken-chasing, nut-eating vegans at PETA, HSUS, and Chipotle Mexican Grill.

I know–you were thinking drought, flood and low prices, right?

Nope. When the apocalypse arrives, according to we in the ag media, it will be led by naked Hollywood animal rightists with a chicken burrito in one hand and an organic hemp leash attached to a three-legged cat in the other.

If that sounds silly, so is the worry some aggies hold for the People for the Ethical Treatment of Animals, the Humane Society of the United States and Chipotle. They see these three as meddlesome “food moralists,” non-farming pests who want eaters to consider the life and death of what’s on their fork every time their elbow bends.

Even worse, “Some of agriculture’s largest customers are partnering with organizations…like the Humane Society… that seek your demise,” one of the most worried aggies, Kevin Murphy, told a recent gathering of the St. Louis Agri-Business Club.

Murphy, founder of truthinfood.com, a website that says it “traverses the entire food chain… with insight, scholarship, thought and good old fashioned humor,” warned the ag-bizzers that this “food morality movement is everywhere.” (Links to background material are posted at https://farmandfoodfile.com/in-the-news/.)

Which is, of course, where you find morality. Everywhere.

Moreover, morals are at the center of almost every personal choice, especially food. One person’s morals—religion-based, say—bans pork, another’s bans red meat on Fridays in Lent, a third’s bans all red meat.

So what’s the problem with food morality?

Well, companies like Starbucks and Chipotle see “themselves as operating on a higher plane,” Murphy told his audience. “It is more than just about burritos.”

Guilty, admits Chris Arnold, communications director for Chipotle Mexican Grill, Inc. “We maintain that the more our customers know about the food we serve—where it’s sourced, how it was raised, what’s in it—the more they will come to our restaurants,” he explained in a telephone interview April 22.

For example, “We choose to use meat that doesn’t contain antibiotics or added hormones because we think it tastes better. That’s it; taste. We’re not anti-farmer or anti-rancher. Where do you think we get our chicken, pork, and beef?”

That salient point—the source of inputs for what many in Big Ag derisively label “food moralists”—is something Big Ag never talks about. Every input, be it the flour for the burrito or the meat in it, comes from farmers and ranchers.

And that’s a lot of flour, pork, chicken and beef.

“Fifteen years ago our pork supplier, Niman Ranch,” related Arnold, “had 60 farmers growing hogs for it. Today, it has 600. That’s good for America, good for the communities where these farmers live, and good for our customers.”

Absolutely nothing; these firms are just following their customers. It’s what food companies do. It’s also what farmers and ranchers do.

But if you want to worry about PETA and the HSUS, feel free. Keep in mind, however, three facts.

Fact one: According to the Humane Society of U.S., HSUS has not one billboard, magazine ad, internet site or any material anywhere that promotes vegetarianism, veganism or any no-meat lifestyle. Not one. Period.

Fact two: According to the U.S. Department of Agriculture, Americans eat 57 lbs. more meat per year now than in the late 1950s. That amount, about 195 lbs. per person per year, or an average 12 oz. per day, is nearly 50 percent more than USDA recommends in its dietary guidelines.

Fact three: PETA was founded in 1980, smack in the middle of the biggest meat boom in the history of mankind and not even one carnivore noticed.