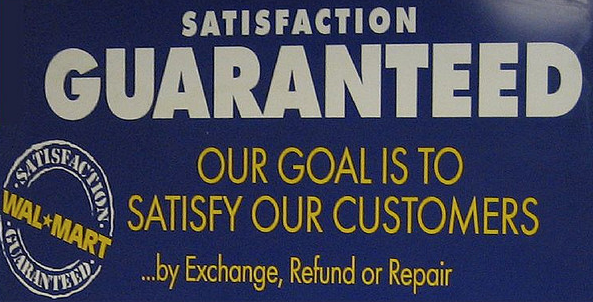 Walmart, the elephant of American food retailing, announced April 10 that it plans to bring its clout, cash and vegetable crispers to the American pea patch this year and bigfoot its way into the still-growing U.S. organic grocery business.

Walmart’s domination of American grocery selling suggests the stock pickers could be right. Last year, 56 cents of every American grocery dollar—or about $156 billion—was spent at the cozy, (on average) 197,000-square-foot Walmart super center.

What it isn’t, however, is growth. In February, Walmart predicted the coming year’s grocery sales would be “sluggish” and that the previous quarter’s sales had fallen by a “low-single-digit” percentage. Meanwhile, smaller, more nimble competitors like Kroger and Safeway reported increased sales over the same period.

That flagging performance, reported Reuters Feb. 20, was keyed to “cuts last year to the Supplemental Nutrition Assistance Program,” the nation’s largest food assistance program. Those cuts “have been particularly painful for Walmart,” Reuters noted, because “one in five Walmart shoppers relies on food stamps.”

That important fact appears to have been overlooked by the number-crunching analysts doing the math on what Walmart’s bigger (it says it already stocks 1,600 organic items) entrance into the $30 billion U.S. organic grocery business.

And it raises the question: How can Walmart increase overall grocery sales by adding 100 more “mostly organic,” mostly not-cheap items to the 1,600 organic items it already sells to customers whose wallets are either staying the same or shrinking?

The short answer is it can’t.

The longer answer, however, suggests it might be cheaper for Walmart to attract new, upscale customers to its 4,000 U.S. stores with an expanded organic food line than to convince its current price-focused, penny-pinched customer base to buy more organic food.

Besides, some of those new customers just might buy clothes, toys and a DVD player, too. That would boost Walmart’s sales—organic or otherwise.

Whether that idea actually increases organic sales—and doesn’t nick profits—remains to be seen.

There can be little doubt, however, that Walmart’s plan to expand its organic grocery list while cutting retail prices will increase demand and, in turn, producer prices for already-tight supplies of organically-grown grains, vegetables and meat.

In discussing the Walmart idea with the New York Times, Lynn Clarkson, owner of Illinois-based Clarkson Grain, “which processes and sells organic and conventional wheat, soy, corn and other grains,” noted that the supply of organic grain can’t meet the market’s demand now.

For example, Clarkson estimates that today’s U.S. organic soybean demand stands at 20 million bu. while today’s organic soybean production is less than one-third of that, or about six million bushels. As such, organic soy now sells for $25 to $30 per bu., or twice the price of conventional soybeans.

Maybe Walmart’s plan will, in the future, lower prices paid organic producers but, adds Clarkson, “Right now, there is so much demand and competition for supplies that … I cannot imagine that changing anytime soon.”

Clarkson’s view is widely held among organic producers and consumers. Most don’t fear the retail giant’s new venture to go green because, after years of hard work, they know organic food is more relationship dependent than price dependent. As such, they suspect the Bentonville Biggie may have taken a bite out of one tough turnip.

But, hey, they quickly add, welcome to the revolution, Walmart.

Tweet
← Just the Facts Ma’am
And the Moral Is… →