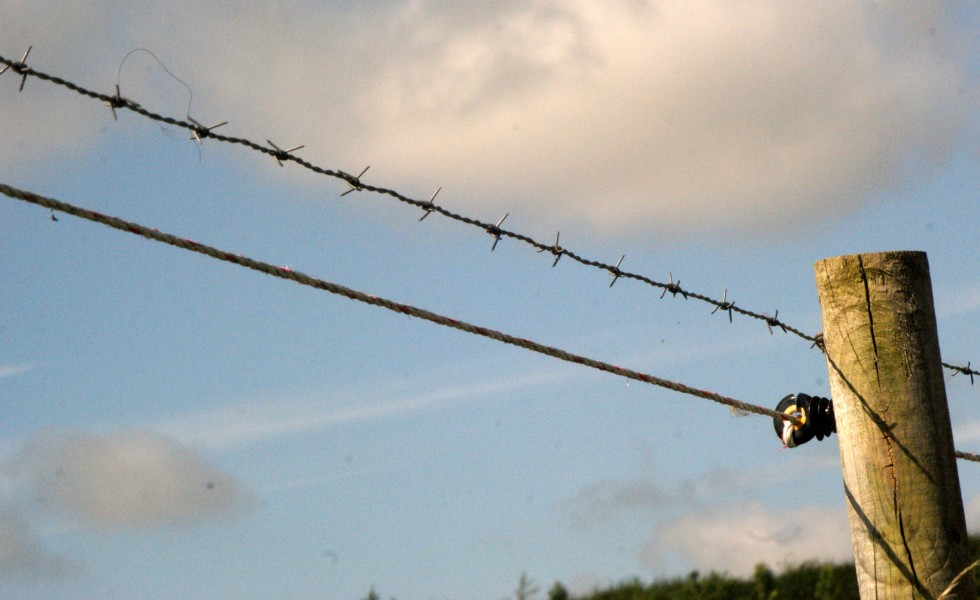 American humorist Will Rogers once noted that he “wasn’t a member of any organized political party” because “I am a Democrat.” The crack is dead-on funny because it’s bulls-eye true. Just ask any Democrat.

Ag Republicans on Capitol Hill, however, are working feverishly to take the title from Rogers’ Dems. Earlier this month, festering differences between the party’s right wing and never wrong (just ask ‘em) wing over ag policy broke into the open. The heated fight featured mud, tea and invective but no resolution.

The fight has been a long time coming. Tough-minded GOP tea party members tied up the 2012 Farm Bill until it became the 2014 Farm Bill. The Heritage Foundation, the influential conservative think-tank that aided the tea partiers, however, refused to surrender.

On May 5, Heritage issued a 10-point broadside it described as “alternatives… beyond the status quo of central planning and subsidies” for U.S. ag policy. (See links to documents at https://farmandfoodfile.com/in-the-news/.)

Heritage’s hotter buttons, however, glow white by what it sees as the hypocrisy at the center of almost every federal farm policy.

For example, while most farmers and ranchers believe they operate in a “free market,” Heritage explains, government “loans, price and revenue guarantees… import barriers, payments to idle land, marketing orders and subsidized crop insurance” have nothing to do with free markets and everything to do with “Depression-era relics ground in central planning philosophies.”

Worse, it says, free markets have nothing in common with things named “the sugar program and the Renewable Fuels Standard.” Ouch.

While Heritage and ranchers and farmers can agree on broad topics like the loss of free markets and the rise of government red tape, the niceties end when specifics—say, crop insurance subsidies and ethanol mandates—are mentioned.

And all talking will stop when talk turns to the idea that “government should not intervene… to ensure that farmers are profitable, as through the ‘shallow loss’ program’ that protects farmers from even minor losses.”

And it didn’t go unanswered.

On May 16, an ag lobby named Farm Policy Facts fired back. The Heritage report, it noted on its website, “departs from the respected analysis Heritage was once known for in favor of what appears to be the talking point of donors.”

“Heritage increasingly starts with the answer to any policy question they want and then cherry pick (sic) information in order to arrive at their desired conclusion.” Most of those conclusions, it offered, are “unworthy of a think tank that years ago… was credible.”

Unworthy or not, the central question Heritage raises isn’t about ethanol mandates or crop insurance subsidies.

Instead it’s about the future of the modern welfare state, the dominant feature of today’s government, and how special interests—from banks to military contractors to academia and to even, yes, farmers and ranchers–personally benefit from “public” policy as much as the public. That’s a fight worth having and one we will have sooner or later.

But don’t expect it soon because as Will Rogers also noted, “There are three kinds of men: the ones who learn by reading, the few who learn by observation, and the rest who have to touch an electric fence.”

Alan Guebert @AlanGuebert
December 29, 2020 at 6:56pm
Climate change, monopolistic practices & fair competition are neither right wing nor left wing. They’re mainstream and every farmer knows it. The problem is too few rely on science & law and too many rely on politics & gov’t subsidies. https://t.co/BHDE4KQ2Vc
View on Twitter
6
21

Alan Guebert @AlanGuebert
December 24, 2020 at 3:45am
Another killer post by @RiverRaccoon made especially so because incoming Sect’y of Ag will again be Iowan Tom Vilsack, Big AgBiz’s favorite do-little Dem. https://t.co/IrI0n4cppU
View on Twitter
10
25

Alan Guebert @AlanGuebert
December 15, 2020 at 9:44am
Since 2015, gov’t program payments to farmers & ranchers have totaled $118B excluding $20B asked for in new covid spending. Would anyone forego portion for better rural schools, hospitals, roads, Internet, lakes, rivers & soil? https://t.co/O61JrkH6ra
View on Twitter
3
19

Alan Guebert @AlanGuebert
December 7, 2020 at 9:41am
And he did nothing to slow or stop Big Agbiz concentration despite series of hearings around the US in his tenure that repeatedly made plain the need. Now, 10 yrs later, a handful of global giants run much of ag, food & rural US. https://t.co/YPcDxsTYSU
View on Twitter
4
17