The Endless Politics of GMOs 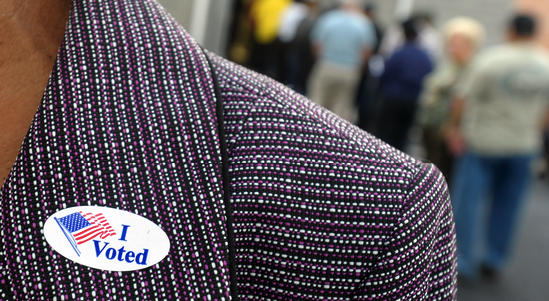 It’s tough being a genetically modified organism in election season because no election passes without someone or some state slamming you for being, well, you.

This election is no different. Voters in Oregon and Colorado are in the home stretch of multi-million-dollar ballot fights to decide if you will be identified and labeled in and on food items sold in either state.

That’s a generous reading of both efforts.

First, one week before Oregon voters decide on Measure 92, their GMO labeling law, polls show pro-labeling forces limping to the finish line—down six points—after investing $7 million (and being outspent 2-to-1 by labeling opponents) to get the law passed. (Links at https://farmandfoodfile.com/in-the-news/).

Money is also manna in the fight over Colorado’s GMO labeling law, Proposition 105. According to Colorado’s secretary of state, Big Food is funding anti-labeling efforts. The players are the usual suspects: Monsanto ($4.7 million), DuPont/Pioneer ($3 million), PEPSICO, Coca-Cola, Kraft ($1.1 million each), and General Mills ($820,000). The big money is a big problem for pro-labeling forces.

Another is that the state’s biggest newspapers have come out against Prop 105. All have editorialized that the law is too narrow—it exempts all meat and dairy items, alcohol, prepared foods and food purchased in restaurants—and, more importantly, they say, there’s no scientific evidence to support the need to label.

While the fights again prove that the guns and knives of GMO labeling are money and science, the larger war is really about politics. To most of us, food was little more than a fuel a generation ago. Now it’s more a carefully studied, warmly invited guest. As such, we want to know as much about it as we can before we put our money and forks on the table.

This is an enormous change, John Lanchester writes in the Nov. 3 New Yorker magazine. “Not so long ago, food was food… Food is now politics and ethics as much as it is sustenance. People feel pressure to shop and eat responsibly, healthfully, sustainably.”

This view, he explains in his essay “Shut Up and Eat, A Foodie Repents,” means that the food we buy, prepare and eat has taken on “a form of surrogate politics.” To others, however, it’s “the real deal, politics at it most urgent and consequential.”

To those people, Lanchester writes, it’s politics as Alice Waters, the acclaimed California chef, author and culinary pioneer, explains it: “‘Eating is a political act, but in the way the ancient Greeks used the word… —not just… (about) voting… but “of, or pertaining to, all the interactions with other people”… Every single choice we make about food matters at every level. The right choice saves the world.’ ”

Lanchester, devoted foodie who lives in England, both agrees and disagrees with Waters. “I’m thrilled by this notion,” he writes, “and yet I find that I can’t submit to it. For a start, we can’t feed the whole world this way…”

Moreover, he adds, “If these tiny acts of consumer choice are the most meaningful actions in our lives, perhaps we aren’t thinking and acting on a sufficiently big scale.”

Most farmers and ranchers agree with Lanchester. Steeped in science and raised on country cooking, most see no need for GMO labeling.

For real foodies, however, eating isn’t just an agricultural act, as Wendell Berry rightly noted decades before there was such a thing as either a foodie or a GMO. Eating, to them, is mostly a political act.

That means long after this Nov. 4 many more millions will be spent to fight laws that might cost many millions to label GMOs as GMOs and let the public finally decide in the marketplace.

If that simple math sounds like too simple solution to this now decades-old food fight, rest assured that it is. This is, after all, politics.