The Summer of Honey 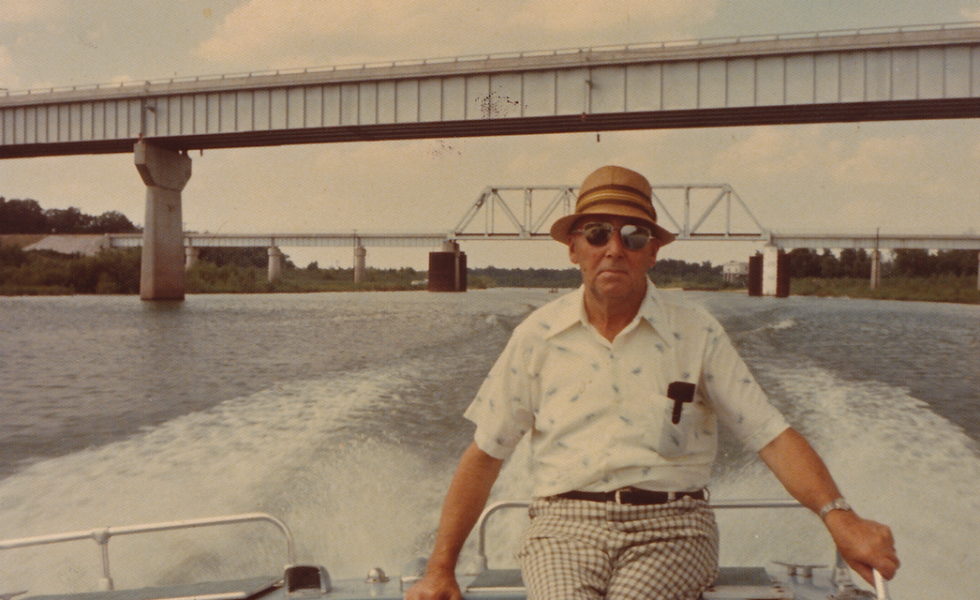 Faithful readers of this weekly effort may recall my darling, but dangerous Uncle Honey. He was my hometown’s quiet, easy-going milkman who retired to the southern Illinois dairy farm of my youth to break, bend or beat up any plant, animal or machine unlucky enough to be nearby when Honey “helped” my father.

It wasn’t intentional; Honey didn’t have a mean molecule in him. It was, instead, his complete inattention to small details like barns, telephone poles, and rivers.

For example, Honey never set out to break the throttle off our Oliver 77; it just “you know, broke.”

We did know; it was a pure Honey move. Since the tractor worked harder every time he pulled the throttle downward, Honey believed her 34 horsepower could be boosted to 40 or 50 by simply yanking the throttle downward even more. After years yanking, though, the old girl finally revolted—the throttle broke—and all Honey could do was hand my father a four-inch piece of cast iron as a trophy because, “You know, it broke.” (My father brazed the throttle back together in steely silence.)

Honey wasn’t the sole reason we owned an arc welder and an oxygen-acetylene torch, but he was the main reason.

While Honey’s subconscious need to create chaos often gave my father heartburn, it gave me something more timeless; it gave me stories. Moreover, these stories have given my daughter and me a book, a book title, and a book tour. Since May, Gracie and I have held 50 events to read from and sign copies of our book, The Land of Milk and Uncle Honey.

Every stop throughout our “Summer of Honey” has delivered anywhere from five to 100 or more loyal column readers, friends, and foodies ready to hear more Honey stories and eager to participate in wide-ranging conversations about farming, food, and ag policy.

Many guests arrive armed with questions and comments about food safety and ingredient labeling, water usage and resource management, the growing cost of crop insurance and whether today’s federal ag policy favors farming over food.

Still others note another fast-growing, more disturbing trend: the widening gulf between the high quality of fresh, nutritious food available to high income consumers and the vast amount of highly-processed, nutritionally-poor food available to low-income earners.

Why the difference, they ask, and why are the poles pulling further apart rather than closer together?

The best answer we arrive at is that fresh food, because of the personal labor involved, is more costly to produce and, therefore, affordable to high-income earners. Alternatively, assembly-line food—machines, not people; 24/7 factories, not dawn-to-dusk or seasonal farms; commodity ingredients sourced globally, not locally—is far less costly to make and, therefore, is very cheap, but not the best quality or nutrition, for low-income consumers.

Invariably though, the book events end with guests sharing stories of their “Honeys”—the hired men, family members, and neighbors—whose destructive genius they believe might challenge my own machinery-challenged uncle.

Everyone listens intently and laughs loudly at these lovingly told tales of the broken fences, busted barn doors, and balky machinery left in the splintered wake of these South Dakota or Nebraska or Minnesota or Wisconsin Honeys.

And, as you might expect, I always claim the final Honey moment—I invented the whole genre, remember?—to offer up a story or two of Honey’s highest low points I’ve yet to share in print.

For example, there was the time Honey flooded the barnyard with diesel fuel because…

On second thought, I’ll save that one for when I need to give the Honey tour a little more throttle as Gracie and I head back on the road this fall. Surely, somebody out east knows how to braze cast iron, right?

Tweet
← No Immigrants, No Food
Diversity and Resilience versus Corn and Soybeans →