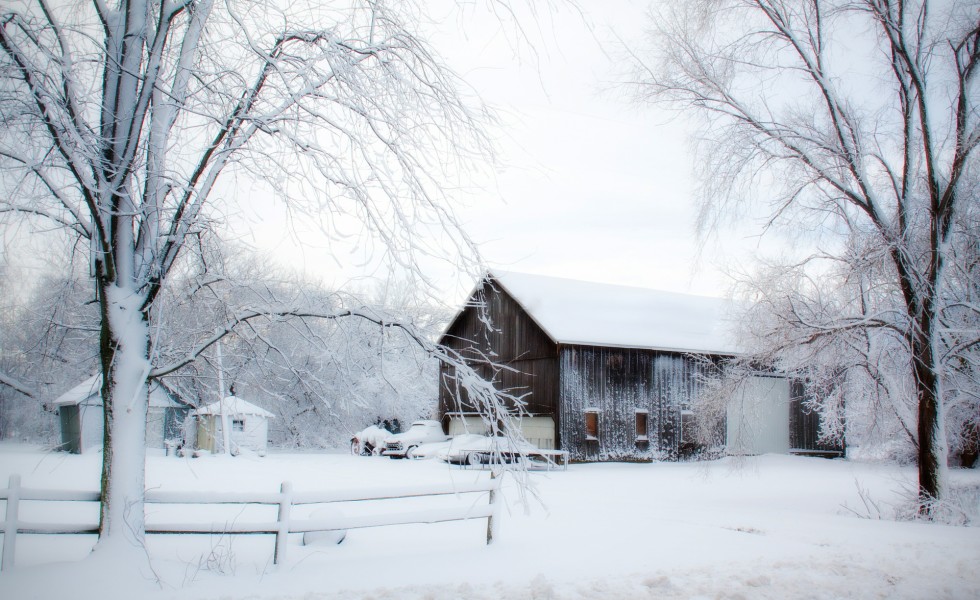 The only scent evident to me was a mixture of wood smoke and the remains of a fried pork supper but I lied and said, “Sure does.”

Howard beckoned me to sit. We had shared Christmas Day in the dairy barn and it was his request that we share a bit of the night, also. He knew I was alone because my family, his employer, was visiting relatives. I knew he was alone because he was always alone, a bachelor for nearly 40 years.

“I’ll get us some Christmas cheer,” he offered as I sank into the sofa. In untied work shoes he shuffled toward the kitchen. A minute later, he returned with two water glasses filled with rhubarb wine.

“It’s been a good Christmas, ain’t it Allie-Boy?” he asked as he sat in a ladder back chair by the stove.

He had called me Allie Boy for as long as I could remember. I had taken to call him Hoard the Dairyman, after the title of a farm magazine my father subscribed to.

I nodded. It had been a good day. Two wobbly newborn calves greeted us when we arrived at the dairy barn early that morning. Wet and shivering, we dried them with the past summer’s straw before showing them how to find breakfast at their mamas’ side. One was a bull, the other a heifer.

Generally, Howard had only one name for all cows: Succum. None of us knew what it meant or where it came from, but from the time he arrived on the farm in 1965 every cow was always Succum and every heifer was always Little Succum. A group of cows or calves were simply Big Succums or Baby Succums.

Silence hung in the stale air. I reckoned that if you had bached it for 40 years silence wasn’t a void that needed to be filled so I sipped my wine and said nothing. Howard reached for his pipe and the big, red can of Velvet tobacco that had been my Christmas gift to him that morning.

I looked at the tree and then at the old man ringed in tobacco smoke staring at it and I felt sad. Not for him. I felt sad for me. I had agreed to come to his house to accommodate him, a favor for a hired man.

But he had not wanted a favor. All he had wanted was the chance to share his Christmas good fortune with me. He had some new wine, a warm fire, his best Christmas tree ever, and week’s worth of tobacco. He was happy and he wanted to give me some of that happiness.

“Well Hoard,” I said a very quiet minute later, “I better go. We both need to be at the barn early tomorrow.”

Category: From the Column, Life on the Farm, Rural America     Tagged: Howard the Dairyman, Indian Farm, southern Illinois farm of my youth

Tweet
← ‘Political democracy can endure only as a guardian of economic democracy’
‘Why are you giving extreme voices so much attention?’ →