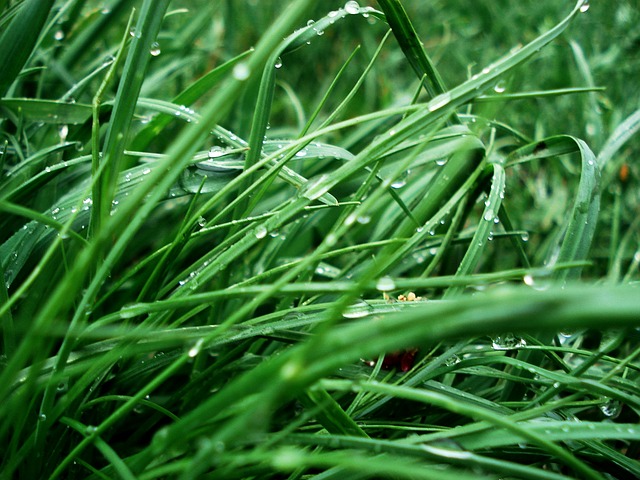 There’s no more comforting sound to awaken to than a soft June rain falling on a shingled roof. The patter of the light rain whispers sweet, two-word poems like “Maybe slowly” and “Rising delayed.”

On the southern Illinois dairy farm of my youth, a rainy June day was a treat almost as great as homemade ice cream. It wasn’t a no-work holiday. It was, however, a delicious break from the month’s steady diet of straw baling, corn cultivating, and—worse—potato hilling in the gulag of our massive vegetable garden.

If the overnight rain continued to fall into the morning, the pace of the entire farm started slow and stayed slow. The cows, like the morning milking crew, were in no hurry to leave their warm beds for the parlor and, once there, neither group hurried to leave.

Even the farm’s main field hand, Jackie, knew that lingering over a second cup of instant coffee in the dairy barn was as big a part of any rainy morning as his six-buckle overshoes. My father, milking the cows with Howard, Jackie’s older brother, certainly didn’t mind because Jackie was no slacker.

In fact, if we had parked two or three tall wagonloads of golden straw in the pole barn the night before because of a rainy forecast, Jackie would skip his second coffee and, without a word, go to the barn to unload the light, tight bales while this motley crew—my brothers and me—slumbered in the peaceful arms of the gentle rain.

The farm did, however, hold several “rainy day” jobs that were nearly as important as any sunny day job. One was the fixing of flat tires.

Fifty years ago, most farms ran on gasoline, not diesel, and all ran on dozens of tubed, not tubeless, rubber tires of every size and ply. None was impervious to hard use and my father’s hard-charging Uncle Honey. Honey killed farm tires like hired men killed city beers: without effort and usually in one, long pull.

Lucky we had Jackie, a flat-out fabulous flat fixer. A small man who wasted little motion, Jackie could break the tire’s bead, remove its tube, find the leak, apply a patch, put the tube back in the tire, pry the rim over its bead and re-inflate it faster than you could drink a cup of lukewarm shop coffee.

Another rainy day job was “treating” Johnson grass, a deeply-rooted perennial that, back then, seemed only to leave your life when life left you. Since Uncle Honey cultivated all the corn and soybeans on the farm, he knew where to find the fast-spreading scourge. That put him in charge of its elimination.

Honey’s cure for Johnson grass, like Honey’s cure for, well, almost everything, involved a five-gallon can of a 50/50 gasoline/diesel mix and a hand sprayer.

On too-wet-to-work summer days, Honey would pull his Oliver 77 alongside a patch he had spied earlier and proceed to soak it and everything within five feet with the volatile mixture from the comfort of his tractor’s seat. In a week, the Johnson grass was dead. So was the soil for the next season or two.

One premium rainy day job would take my father, my brother Richard and me across the Mississippi River to a big farm store in Missouri where we’d stock up on barbed wire, steel fence posts, inner tubes and dairy supplies. Jackie called it “bumming;” I called it a “far afield trip.”

Truth be told, it wasn’t any trouble at all to plan the once- or twice-a-year trip for noon to fall just about the time we’d pass a little barbecue shack on our way home. That pulled pork lunch often was the only time all summer we didn’t eat “dinner” at home.

Quaint? Nah, just one of the many benefits of waking up to a light, June rain falling on a shingled roof.