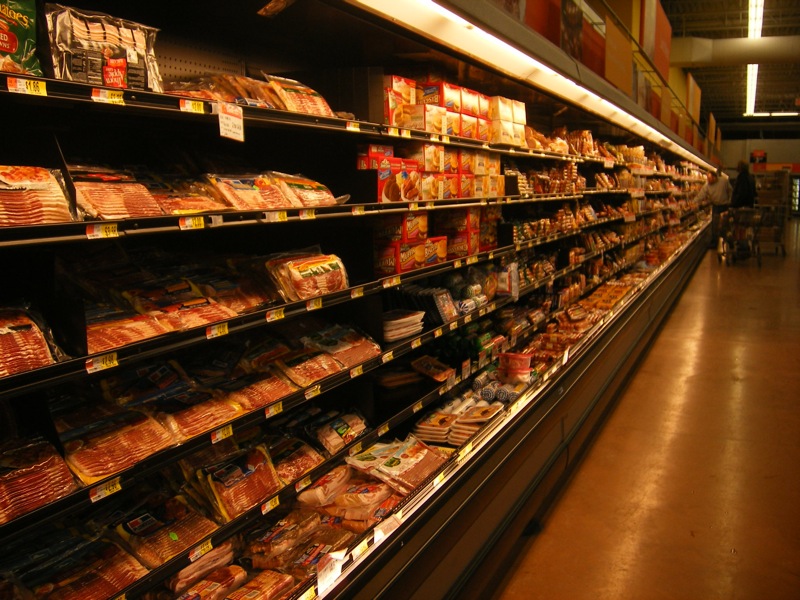 Two of the world’s biggest meatpackers, Tyson Foods and JBS SA, are in a bare-knuckled, checkbook throw-down over who will own Hillshire Brands, the Chicago-based maker of branded processed meats and packaged food.

Which ever firm wins this brawl will matter less to Tyson and JBS than to you or me because it will enable one to broaden its presence in the retail meat case and its grip on the retail meat dollar while adding to its already ferocious market clout in the poultry, cattle, and hog markets.

You and me? If we raise poultry or livestock, we’ll be paid less for these packer inputs; if we eat, we’ll pay more for Tyson and JBS’s output no matter what.

Proof for this forecast comes from the packers themselves. Their bidding for Hillshire makes a drunken sailor look like a seminary student.

On May 27, Brazil’s JBS through its U.S. poultry subsidiary, Pilgrim’s Pride, offered $5 billion for Hillshire. On May 29, Tyson countered with $6 billion. Four days later, JBS upped its bid to $6.7 billion.

A big part of this frenzy involves Hillshire’s own move to expand. On May 12 it announced a $4.3 billion offer to buy Pinnacle Foods, Inc., the maker of Birds Eye vegetables, Vlasic pickles and Wish-Bone salad dressing.

Hillshire’s plan was to fold these leading brands in with its own brand juggernauts—Jimmy Dean sausage, Sara Lee cheesecake, Ball Park hotdogs, Hillshire luncheon meats—to create a menu of trusted brands consumers could not avoid when stocking up on breakfast, lunch or dinner convenience foods.

JBS and Tyson, however, moved fast to preempt Hillshire’s expansion because each needs a Hillshire-like company—hold the pickles, please—to grow. Neither can expand vertically anymore because each already is an enormous player in almost every aspect of fresh meat.

In short, there’s no place for either to go but horizontally. Earlier attempts to muscle branded, fresh meat products into the grocery stores ran into trouble at the unloading dock because the big retailers are bigger and more market-protecting than even Big Meat.

Indeed, according a detailed, December 2013 report by Food & Water Watch called Grocery Goliaths, 54 cents of every dollar spent by Americans on groceries in 2012 flowed to either Walmart, Kroger, Target or Safeway. That gives retailers terrific power over who sells what in their stores.

(Link to report at https://farmandfoodfile.com/in-the-news/.)

That leaves little room for any new player. If you want in the grocery game, you must buy into the grocery game. Hence Tyson and JBS’s fast, rich fight for Hillshire. It’s one of the last crowbars for either to pry their way into branded, retail meat and, ultimately and very profitably, into consumers’ grocery carts.

Interestingly, however, not one story about any JBS-Tyson-Hillshire deal mentioned any concern on the part of anyone anywhere over government approval of any final agreement. That’s already a done deal because government often views mega-deals like Hillshire’s a check on mega-food retailers like Walmart.

But that’s not how it plays out out here. According to F&WW, the continued concentration of market power in every aspect of the food business has seen “grocery food prices (rise) twice as fast as inflation between 2010 and 2012” as “the largest food, beverage and grocery retail companies pocketed $77 billion in profits in 2012.”

Little wonder that Tysons and JBS are willing to spend $6 or $7 billion on Hillshire. Whoever catches this greased