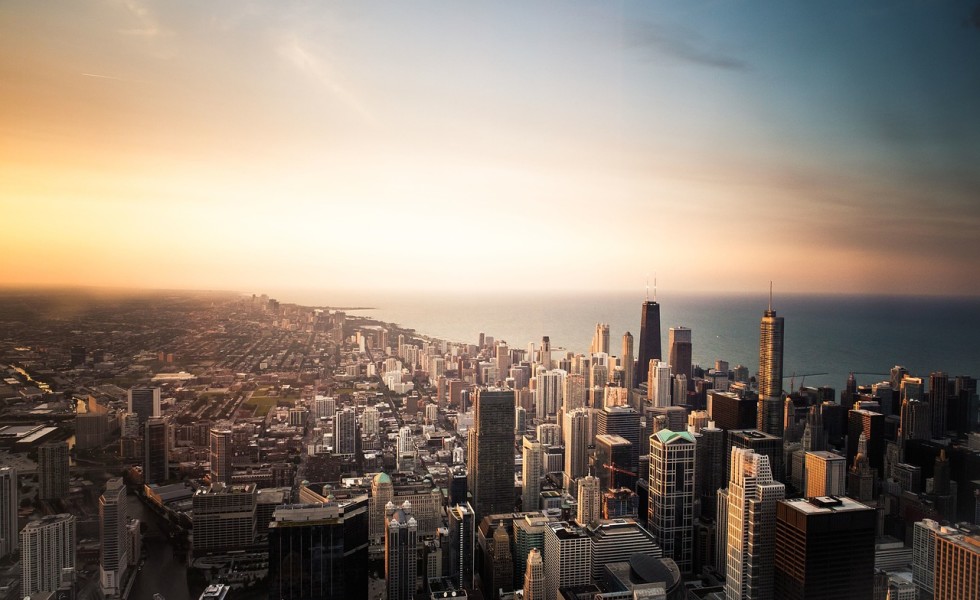 A lashing, late afternoon thunderstorm roared through Chicago Friday, Sept. 18 to power wash Northerly Island, a tongue of land jutting into Lake Michigan just east of the city’s Loop and site of the 2015 Farm Aid concert. By noon Saturday, however, a bright sun danced with puffy clouds and the Windy City’s sweeping skyline provided a spectacular backdrop for Farm Aid’s 10-hour, 15-act show.

The founding Farm Aid trio, for the 30th year in a row, was there: Willie Nelson in his trademark braids, John Mellencamp endlessly punishing his chewing gum, and Neil Young, still afire with 1969 indignation. Also present was Dave Matthews, a relative newcomer who joined Farm Aid in 2001, serene in his quiet coolness.

Also there were 14 food vendors serving up “Detoxifying Spinach Salad” and “BBQ Bacon Burgers” and everything in between—ice cream sandwiches, bratwurst, oatmeal cookies, baby back ribs, pizza, tacos, black bean burgers. Unlike most fairs, however, this fare was mostly organic, artisanal and/or pasture-raised.

And just like the music, it was devoured by the almost 27,000 Farm Aid fans faster than the army of farmers and volunteers could prepare it. Indeed, there’s no music festival better known for its food than Farm Aid and no food festival more renown for its music than Farm Aid.

Its roots, of course, lie in more desperate times, the farm crisis of the early 1980s, when low commodity prices, inflexible farm policy, and record interest rates combined to clip farmers large and small alike. On Sept. 22. 1985, more than 50 entertainers—from B.B. King to Debra Winger—gathered at the University of Illinois’ Memorial Stadium in Champaign for a concert to spotlight the crisis and raise money to “benefit family farmers.”

Those times are long gone. In 1985, according to U.S. Department of Agriculture data, total farm equity stood at $605 billion, down from $816 billion in 1981. This year’s estimated total farm equity, while $120 billion less than a year ago, stands four times greater than 30 years ago—$2.5 trillion.

Another change across three decades of Farm Aid is the near total absence of national farm and commodity groups at recent concerts. There was a time when every farmer was in the same boat. Now, however, the boats are very different and while farm groups like the American Farm Bureau Federation are invited each year, few choose to attend.

That growing disconnect highlights one of American agriculture’s bigger failures of the last generation: As farms have grown in size, wealth, and political power, they’ve become less trusted by their customers, American eaters.

Indeed, more and more U.S. farm groups spend more and more millions of dollars each year to tap the inherent trust most Americans have for “farmers” and “ranchers.”

And, yet, some of the biggest connections between farmers and consumers today are, ironically, issues they strongly disagree on—genetically modified seeds, the industrialization of meat and poultry production, groundwater safety, growing taxpayer subsidies for federal crop insurance programs, and the like.

It’s a gap highlighted by the growing political power on one side, Big Agbiz, and growing purchasing power on the other side, the explosive rise of organic and “natural” food sales over the last 15 years.

Indeed, this gap is clearly seen in two recent news-making events, Farm Aid’s 30th concert on Chicago’s lakefront and a New York Times’ front page story that detailed how the “Food Industry Enlisted Academics in G.M.O. Lobbying War” to influence U.S. farm and food policy over the actions of consumers, voters, and Congress.

In one, Farm Aid, the music, food, and camaraderie was spectacular. The other, the Times’ story and its extensive documentation on how Big Ag used very willing Land Grant professionals to promote commercial products widely distrusted by the public, was equally spectacular.

One is heartwarming and people-centered; the other is chilling and profit-centered. Taken together they showcase the widening gap between food and farming and how many in American agriculture appear more ready to expand it than bridge it.

Tweet
← Diversity and Resilience versus Corn and Soybeans
Surprise! (Not) →