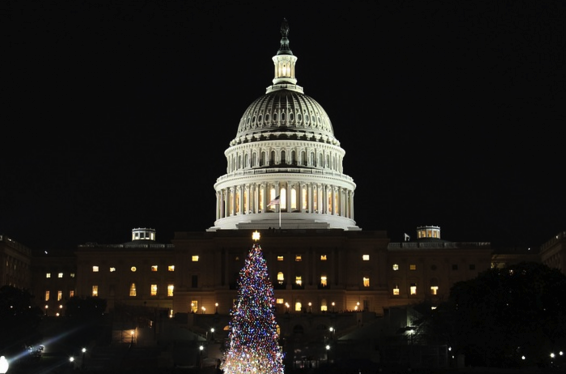 It’s hard, messy work to make U.S. farm and food policy. It’s even harder and messier if anyone in Congress actually proposes policy, actually holds hearings to examine that policy, actually debates and, then, actually votes on how it might affect every farmer, rancher, and eater in the country.

Easier by far is to sneak any policy idea or change into some must-pass, end-of-the-session, catch-all budget bill one week before Christmas.

Later, even as the smoke still hangs in the back room air, you then can brag about how this was “the best deal you could get given the time constraints all were under.”

But last-minute lawmaking isn’t lawmaking; it’s deal making where Congress bends to Big Money in an opaque horse-trading process that often tramples the will of the American people.

The latest proof arrived Wednesday, Dec. 16, when the $1.1 trillion, omnibus Consolidated Appropriations Act of 2016 was dropped on Congress by an unnamed group of White House, Senate, and House negotiators.

No one knew everything the must-pass legislation included. How could they? It was 2,009 pages long and no one had read it before the wheeler-dealers rammed it through Congress, horns and all, within 48 hours. Only later did a complete list of the bill’s wooly “riders” come to light.

For example, after years of Republican grandstanding over “pay-as-you-go” spending—any new federal spending had to be offset by budget cuts—246 House Republicans, an easy majority, voted for 52 tax breaks worth a budget-busting $622 billion without so much as one mention, wink or nod to their sacred pay-go standard.

Forgetful pay-go GOP members, however, had plenty of Democratic help in agreeing to repeal the 40-year ban on U.S. crude oil exports, probably the most important Republican requirement in the bill.

In fact, Democrats carried the entire omnibus over the finish line in the Senate; 38 Dems voted with only 27 Repubs to ensure its filibuster-proof passage. No one knows exactly what the repeal means for oil company profits. Some experts, though, estimate it could add $30 billion per year to Big Oil’s bottom line.

To make the dirty deal even dirtier, Dems on either end of Pennsylvania Avenue had spent the previous Saturday, Dec. 12, warmly praising a climate agreement (signed in Paris by 195 countries and the U.S.) that will “dramatically reduce greenhouse gases” by “gradually reducing reliance on fossil fuels in favor of cleaner forms of energy.”

As such, it looks like we plan to meet our end of the Paris bargain by selling future American CO2 emissions—for a profit, of course—on the world market as crude oil.

The absolute height of the omnibus’s legislative hypocrisy, however, came with its repeal of mandatory country of origin labeling (COOL) for beef and pork, a federal law favored by nearly 90 percent of the grocery-buying public.

Rather than fight—as we did for nearly a decade when Brazil imposed similar WTO-backed sanctions over U.S. cotton policy—American policymakers caved to Canada and Mexico despite the openly-flawed, highly one-sided analysis both used to make their WTO case.

And, boy, were they compromised.

Tweet
← On the Road: New York City
The Quiet Month →

Alan Guebert @AlanGuebert
July 10, 2020 at 10:18am
Another useful comparison @nprDanCharles: What state’s acres equal the 13+% or so of the production to be *carried over*-go unused-acc’ding to USDA while subsidized by taxpayers? Back-of-the-envelope guess? Indiana, or 23M acres. https://t.co/XvbVoLH4fG
View on Twitter
6

Alan Guebert @AlanGuebert
July 7, 2020 at 2:14pm
Quick observation: Did you ever notice GOP officials are all for *local control* or *smaller governmrnt* until they aren’t? https://t.co/CbIs6Cap57
View on Twitter
11
55

Alan Guebert @AlanGuebert
July 6, 2020 at 6:32am
Almost by definition, cheap food requires cheap labor. Because food is so cheap, we show zero concern in wasting 30% or more of it. What a foolish, exploitive food policy. If more pay makes food more valuable so less is wasted, I say *pay up.* https://t.co/YVgq9TxvFP
View on Twitter
7
31