On the Road: New York City 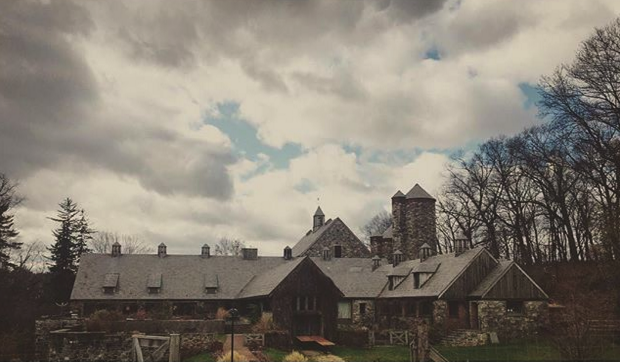 Chelsea Market, a block-long, block-wide brick building in New York’s lower west side, was built 120 years ago on the edge of the city’s then-bustling meatpacking district to house a rising food powerhouse, the National Biscuit Company.

It was no accident that the-state-of-the-art food factory was located near the city’s slaughterhouses; the neighborhood was knee-deep in one key Nabisco input: lard.

Today, Nabisco’s roaring ovens, bustling loading docks, and loud tin shop are long gone. The huge building still serves as a food palace, though; it now is home to dozens of restaurants and retailers selling everything from Sunday brunch to everyday kitchen knives. Six million shoppers visit it each year.

Walking through the old factory-turned-new market is a walk through the evolution of the American food system. A century ago, its nearness to inputs, an endless river of immigrant labor, and the nation’s growing population combined to make this new-fangled concept—a food factory—an enormous success. Today, however, the building is all new-fangled food.

Even more striking is that today’s “new” food looks a lot like yesterday’s “old” food. Chelsea Market’s bakery, butcher shop, and fishmonger look more like 1915 than 2015. But that yesterday, the yesterday of Big Food pioneer Nabisco, was all about scale, efficiency, and profitability. Today’s New Food yesterday is more about quality, experience, and flavor.

Even more surprising, players no one even knew existed a decade ago are expanding their New Food reach. In June, Costco passed Whole Foods as the nation’s largest organic food seller, moving about $4 billion of retail organic food through its stores last year.

Other aspects of New Food are getting traction, too. The just-completed annual Young Farmers Conference at Stone Barns Center for Food and Agriculture, now in its eighth year, had twice as many applicants—500—than it could accommodate. The lucky 250 who were invited to attend listened to New/Old Food sessions like “Whole Animal Butchery” and “Edible Ecosystems.”

Ten years ago, a young farmers conference like this would not have succeeded, let alone succeeded this wildly, on the East Coast. “In fact,” confirms Dan Barber, executive chef and co-owner of Blue Hill at Stone Barns, “we tried it then and it didn’t work as well. Now, though, it’s just incredible.”

Because the how and what this nation eats and drinks is changing and changing rapidly. A handy, if not heady, example is beer. A decade ago four American brewing giants—Miller, Anheuser-Busch, Coors, and Pabst—dominated the U.S. beer market.

Today, only one, Pabst, remains American-owned and all have lost market share to the nearly 3,300 or so U.S. regional breweries, microbreweries, and brewpubs that didn’t exist when your father punched two holes in a steel can of cold Budweiser 40 years ago.

It’s the same with almost every aspect of food—from farm food to fast food. For example, McDonald’s Corp., which uses 1.8 billion eggs per year, announced in September that it plans to switch to only eggs from “cage free” hens in its restaurants as “quickly” as possible.

The reason for the switch isn’t that Mickey D’s has gone all gushy over “happy” hens or, as some ag commenters have suggested, it’s being pressured by animal welfare groups. It’s far simpler than that: customers want the eggs and the fast food giant knows it has to deliver ‘em or risk becoming a dead duck.

If farming and ranching is really about food, then farmers and ranchers should be on the forefront of New Food, not in the lead ranks of the Old Guard. Their new customers, after all, already are.