Brother, Can You Spare a Cup of Water? 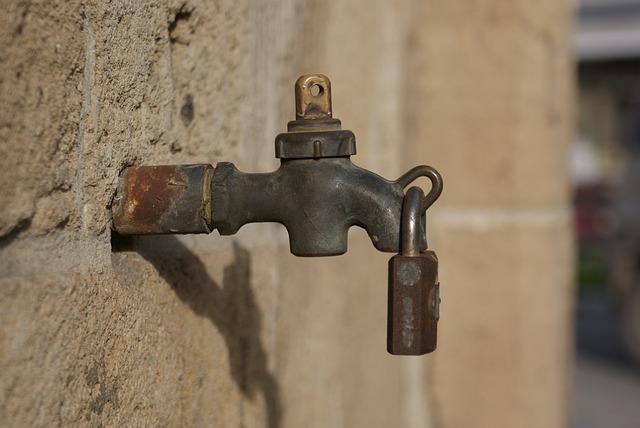 Humanity depends on three critical threes: Without oxygen, most humans will die within three minutes; without water, life expectancy is three days; without food, we’ve got three weeks.

Few Americans give three seconds of thought to any of these life-ensuring elements because, here, food is safe and plentiful, air quality laws are in place and enforced, and water, for most of America, is safe, bountiful, and relatively cheap.

In fact, water is so accessible and so cheap in the U.S. that the average American uses twice as much of it per year—or about 740,000 gallons (gals.)—than the average person elsewhere around the world. The nation as a whole guzzles a staggering 322 billion gals. per day.

That’s right; 322 billion gals. per day, according to the U.S. Geological Survey’s (USGS) June 2018 report on the nation’s water usage. That’s the equivalent of the state of Rhode Island, or 988,000 acres, covered with one foot of water.

And that’s every day.

Here’s the good part of that massive number: it’s nine percent less than we used in 2010 and, incredibly, 100 billion gals., or nearly 25 percent, under the nation’s peak daily usage of 430 billion gals. in 1980. Indeed, we now use about the same amount of water each day as we did in 1965 when there were 133 million fewer of us. Unbelievable.

Equally shocking is where exactly the largest cut in water usage across those decades has occurred. “The decline in total [water] withdrawals in 2015 primarily was caused by significant decreases, 28.8 billion gals/day, in thermoelectric power, which accounted for 89 percent of the decrease…”

Like the power industry, however, irrigation withdrawals are now lower than the peak withdrawal of 150 billion gals. per day in 1980. The savings is almost entirely attributable to more efficient irrigation systems—drip and micro- are two key technologies—that use less water but irrigate nearly 56 million acres, or 10 percent more land than 40 years ago.

None of these trends suggest we can get sloppy with how we use water. Strikingly, the biggest irrigation user by acres, according to the Department of Agriculture’s July 2018 “Irrigation and Water Use” report, is corn, accounting for “roughly 25 percent of total U.S. irrigated acreage” in 2012, the latest numbers.

Many of those irrigated acres, however, are also irrigated with government farm policies that underwrite irrigation’s extra costs. Key to today’s corn economics are ethanol blending mandates, a sugar program that supports corn syrup production, and subsidized revenue insurance to backfill farm income holes. The reduction or loss of even one of these programs almost guarantees a substantial cut in irrigated corn acres.

An even bigger threat to the nation’s water system is the ongoing failure to update its leaky, worn out infrastructure as population grows, climate change continues, and all government entities face more pressure to cut spending. A recent Environmental Protection Agency study estimates that the U.S. needs to spend $632 billion on its water and wastewater infrastructure in the next decade just to maintain today’s service. Others estimate the cost at $1 trillion.

Is there a singular, great option out there? Not really, but you have three days to think about it before nature decides for you.

One Comment on “Brother, Can You Spare a Cup of Water?”

Alan Guebert @AlanGuebert
January 22, 2021 at 8:25am
Great thread: Why ethanol-waivers or not, Supreme Court or not, green deal or not-will not make a comeback. https://t.co/Ul3tIkvuoq
View on Twitter

Alan Guebert @AlanGuebert
January 21, 2021 at 6:51am
The openness of the stinking campaign sewer in ag is almost more troubling than the sewer itself. It’s an in-your-face pay to play scheme that delivers public goods to private players & is both shameless and shameful at the same time. Nice trick, Kim. https://t.co/c2Y590b04e
View on Twitter
7
18

Alan Guebert @AlanGuebert
December 29, 2020 at 6:56pm
Climate change, monopolistic practices & fair competition are neither right wing nor left wing. They’re mainstream and every farmer knows it. The problem is too few rely on science & law and too many rely on politics & gov’t subsidies. https://t.co/BHDE4KQ2Vc
View on Twitter
7
21