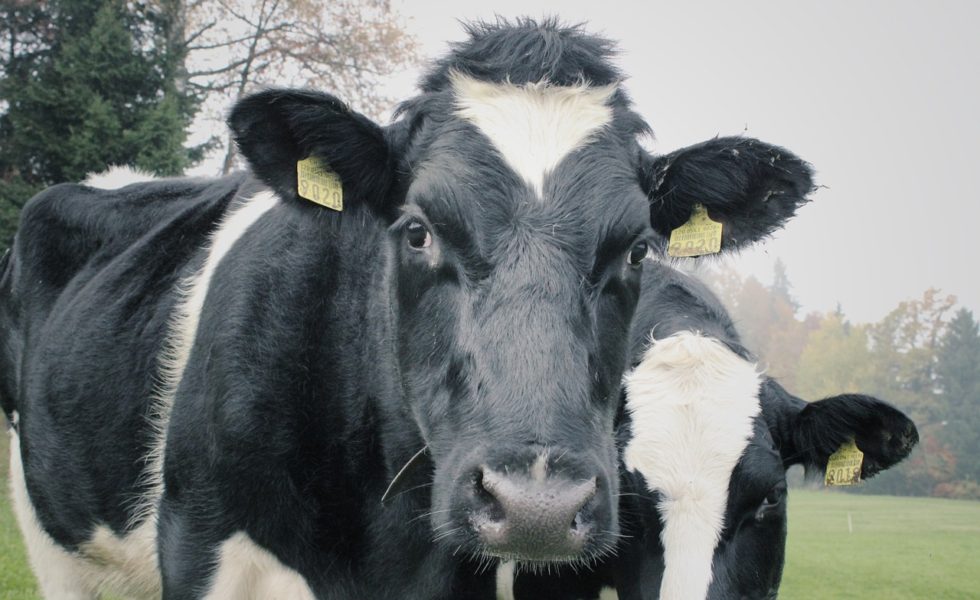 Most of that inability lay in my complete disinterest to show any calf, heifer, or cow at the county 4-H fair. The reason was selfishly simple: Since the fair seemed to always be scheduled on the hottest, steamiest day of the summer, nothing—be it animal, vegetable or mineral—wanted to be there, so why should I ever want to be there?

That disinterest, however, didn’t keep me from trying to join the county 4-H dairy judging team. In fact, it spurred me because the spring Saturday of the multi-county judging event to winnow the talent (and my oldest brother, Richard, was a true talent) from posers like me, it also promised lunch at the only McDonalds in southern Illinois.

What 11-year-old farm boy wouldn’t have suffered three hours of manure spattered cow-gazing to take advantage of that once-in-a-boyhood opportunity? And, yes, the first bite of my first-ever McDonald’s French fry that day remains a knee-shaking memory.

But it also left me blissfully ignorant of what “confirmation” means in reference to any animal, where exactly I should set my gaze to examine a cow’s “topline,” or that “hock” was a noun referring to an animal’s foot, not a verb suggesting a visit to a pawn shop.

My father, a lifelong dairy farmer, never offered one insight on evaluating cow flesh despite his annual purchase of six to 10 promising, pregnant heifers. One day he’d just be gone “to look for heifers” and the next day a straight bed truck would arrive to unload his purchases. All were black and white, all had four legs, and all were added to the herd without one word of explanation. (Richard would carefully eye all.)

My lack of judging interest, talent, or training, however, never kept me from picking favorites in the herd. One, which my brother, David, and I adored was, simply, “22,” the number stamped on the brass tag hanging by a chain around her neck. We loved her not for her beauty or butterfat but because she was a barrel-bellied pet that we could climb over, under, and on anytime we wished. We could even lay on her broad back while she stood slowly chewing alfalfa hay in utter contentment. She was a perfect, silent friend.

Another animal, tagged 52, did have a name: Dyna. The name wasn’t for anyone; it was the shortened version of her complete name, Dynamite, the insight you needed to milk her without losing your right arm. Dyna was the kickingest, most-cussed cow we ever had on the farm but she earned more than her keep so she remained–as did our bruised forearms and deflated egos.

Even the farm’s longtime herdsman, Howard, the gentlest soul who ever walked into a milking parlor, disliked Dyna. And who could blame him; Dyna had two chances a day, six days every week to clip him. On the seventh, Howard healed.

My father wasn’t sentimental about any cow, heifer, or dog on the farm. If it, as he often said about first-calf heifers, “Put more on her back than in the bucket,” she got a quick ticket to one of our two basement freezers. If the monthly Dairy Herd Improvement Association (DHIA) records showed a cow’s production slacking, sliding, or slowing, a cocked eye greeted her every trip into the parlor.

And he never forgot the slackers or sliders. If they took one more step in the wrong direction–didn’t breed back, jumped a fence, or gave anyone a hard time in the parlor–they were on the next truck to the National Stockyards in East St. Louis, IL, and, I later discovered to my horror, the nearest McDonald’s.

Category: From the Column, Life on the Farm, Rural America     Tagged: cattle, Indian Farm, southern Illinois farm of my youth