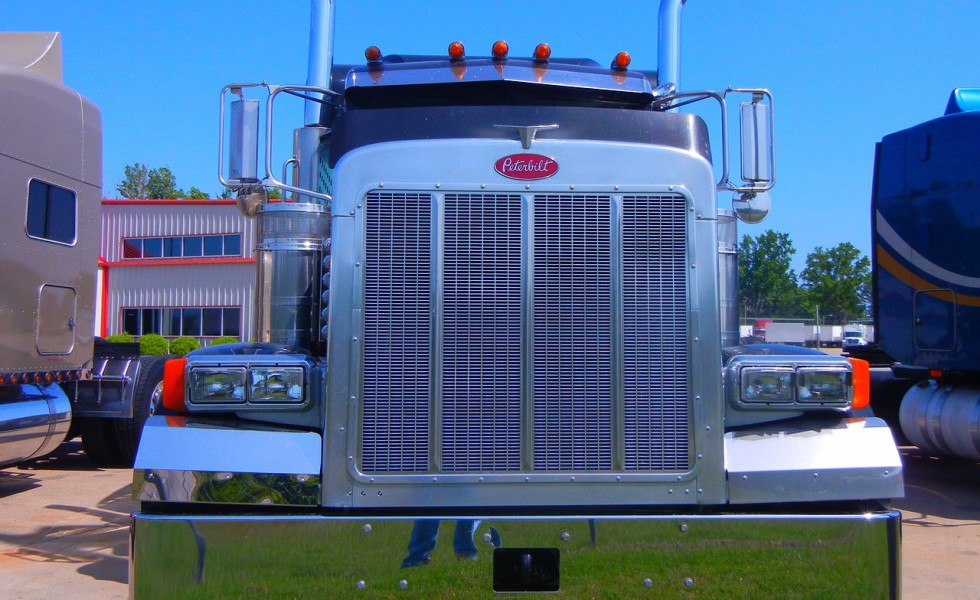 Sysco Corporation may not be a topic of dinner conversation most evenings anywhere in the U.S. but it is what many Americans are having for dinner—and lunch and breakfast—almost any day everywhere in America.

You may not have heard of Sysco, but you’ve seen ‘em.

Ever pull up to a local fast or fast casual restaurant, nearby hospital, hotel, nursing home, or school and see a long, gleaming semi-truck and trailer at the building’s back door unloading cartloads of boxed fresh, canned, and frozen foods?

And biggest means really big. According to 2014 figures, Sysco sold $46.5 billion in food and services from 73 distribution centers to 425,000 customers around the U.S.

That’s another way you may know the company; its acre-gobbling distribution centers from Albany to Anchorage. Most resemble what they, in fact, are: massive deep freezers stuffed with mountains of basic food ingredients that go into many of the 500 million meals eaten by Americans outside the home every day.

But being the biggest isn’t big enough for Sysco. In Dec. 2013, it announced its purchase of chief rival US Foods for $8.2 billion in cash and stock. US Foods, while a distant number two to Sysco in foodservice market share, isn’t tiny. In 2013, it made $22 billion in sales to 200,000 customers from 61 distribution centers nationwide.

That’s power; that’s dominance. And that, said the FTC this past February, should not happen.

On a narrow 3-to-2 vote—three Democratic commissioners for; two Republican commissioners against—the FTC asked a federal judge Feb. 19 to block the Sysco-US Foods deal. In its 24-page, heavily redacted filing with the court, the FTC made its case. Its operative facts arrive on pages 12 and 13 where the Commission explains the market power the new firm will possess if the deal goes through.

“The Merger Guidelines and courts measure [market] concentration using the Herfindahl-Hirschman Index (‘HHI’)… Under the Merger Guidelines, a merger is presumed likely to create or enhance market power—and is presumptively illegal—when the post-merger HHI exceeds 2,500 and the merger increases the HHI by more than 200 points.”

Should Sysco be permitted to buy US Foods “…post-Merger, the market would be substantially more highly concentrated than today. The Merger would result in a post-Merger HHI of 5,836 and increases in concentration of 2,800 points, or 14 times the increase necessary to establish a presumption of competitive harm.”

In the above-mentioned 32 markets where the merged Sysco and US Foods would not compete head-to-head as they do now, the deal would deliver HHIs of “between 2,997 and 10,000.”

In fact, notes the FTC report, “By eliminating vigorous competition between Sysco and US Foods, the Merger would significantly reduce these benefits, harming businesses that offer food away from home and, ultimately, their end consumers.”

So, slam dunk, no deal, right? After all, the FTC shows irrefutable data that clearly establishes market concentration will increase by an “illegal” factor from four to “14 times necessary to establish a presumption of competitive harm.”

In a story published in the May 4 Wall Street Journal—the day before Sysco and US Foods were to begin a seven-day court hearing to refute the FTC filing—“the companies call(ed) the FTC’s math ‘pure fiction,’” and promised a hard fight for their deal.

No surprise. Too many rules, according to Sysco, is what ails business. The cure, it suggests, is anything that satisfies Big Biz’s big appetite.

Even, as in this case, it’s just pure baloney.

Tweet
← Spring Eternal
The Land of Milk and Uncle Honey →