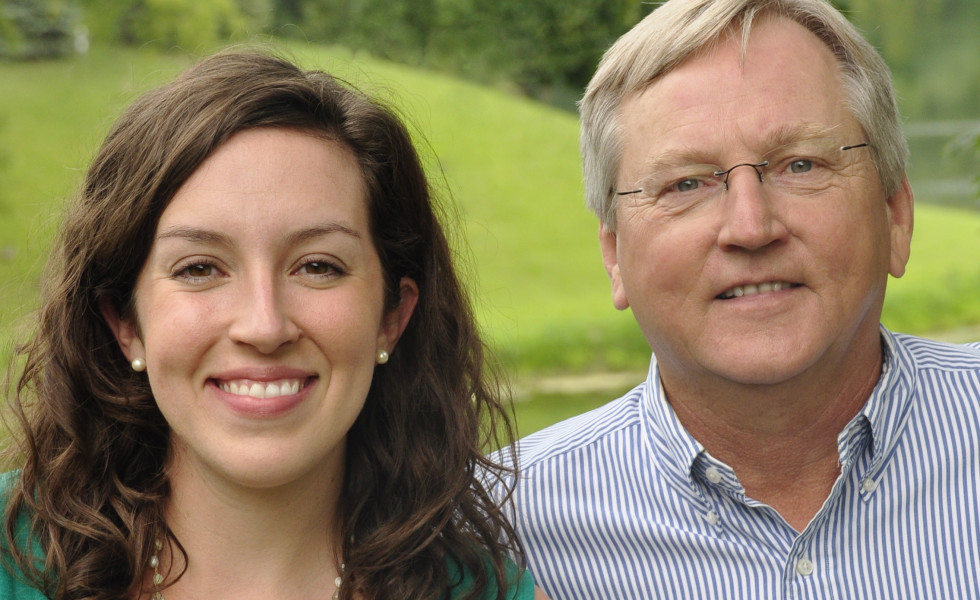 Two years ago, the 20th anniversary of this weekly effort came and went without notice by its founder, editor, and office cleaning crew. Two months later, that same person finally realized the oversight and, then, promptly forgot it.

This mid-May, however, there is a first-ever—most likely, only-time-ever—reminder that 22 years have passed since three daily newspapers in central Illinois began to print these musings. That reminder is a collection of Farm and Food File columns centered on “the southern Illinois dairy farm of my youth.”

The book, published by the University of Illinois Press, was released on the column’s anniversary, May 15. Its title is as good as any phrase or sentence contained in any of the 54 columns it holds: The Land of Milk and Uncle Honey. (More at https://farmandfoodfile.com/the-land-of-milk-and-uncle-honey/.)

Long-time readers may remember my great Uncle Honey. Honey wasn’t just a paradox; Honey was the perfect paradox. Seated on a tractor, there wasn’t an implement, animal or telephone pole Honey couldn’t bend, bind or break. Machinery dealers loved him; cows and cats feared him.

Off a tractor, however, Honey was as peaceful as a June sunrise. He nodded more than talked, smiled more than frowned, and always wore a broad-brimmed hat, never a cap. He was an important, albeit dangerous, part of my wide-eyed youth.

Thus the book’s clever title; a title neither Mary Grace Foxwell, my co-author daughter, nor I thought of or likely ever would have. It comes from the hardworking, patient publishing team at the University of Illinois. Evidently they remembered their Old Testament (Exodus 3:8) better than this 1969 graduate of St. John’s Lutheran School.

While the book is mostly my words, it is Gracie’s triumph. Three years ago, after more than a decade of reader requests for a book that compiled all the “southern Illinois” columns, Gracie asked for copies of those pieces. When compiled I was astonished to discover there were more than 60.

Then Gracie, as good an editor as I’ve enjoyed (OK, tolerated) in almost 35 years of ag journalism, went to work. She edited each one, sorted all by topic and season, suggested I write a lengthy, story-behind-the-column prologue and she a descriptive, revealing epilogue, and made all presentable to potential publishers.

(And she’s still working; already she has lined up dozens of book readings and signings—with dozens more to come—for us around the nation. To find out when and where we’ll be near you, visit https://farmandfoodfile.com/author-events/.)

My role, which I fulfilled with great diligence, was to stay out of the way.

Within months the good folks at U of I Press, grabbed it. Remarkable as that seems, it’s completely explainable if you know the Former Farmboy Corollary.

In the book’s case, the two former farmboys were—are—Michael Roux, U of I Press’s marketing manager, and me. After reading Gracie’s well-prepared manuscript, Roux made the book a personal project. That was more than a year ago.

Now it’s a reality; 144 pages of stories, photographs, and memories of the people, food, and events—the culture—of American agriculture 50 years ago.

Back then, change was everywhere so we quickly dropped the old to grab as much of the new we could hold. Along the way, however, my kind, machinery-challenged Uncle Honey and your homegrown noon dinner gave way to today’s 24/7 chases for more efficiency and more profit.

Both, however, will fade because today, like yesterday, will fade. In its place will rise a new land of milk and Uncle Honey because loving, hardworking people, simple, great food and the memories both generate will never fade.

Category: From the Column, Life on the Farm, Rural America     Tagged: book project, southern Illinois farm of my youth, The Land of Milk and Uncle Honey, Uncle Honey