American Exceptionalism–Except for What We Grow 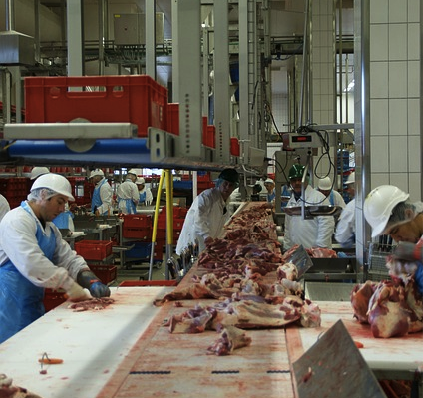 In the chaos that surrounded Congress leaving Washington, D.C. for a flag-waving Memorial Day holiday, your House Ag Committee found time May 20 to vote to kill Country of Origin Labeling, or COOL, for beef, pork, and chicken sold in the U.S.

If you carnivores out here are keeping score, the Ag Committee vote was the latest confusing government move to keep, then kill, then keep, then change, then kill one of the most popular, definitive food labeling laws in the world.

In fact, country of origin labeling for red meat and poultry is so popular around the world that more than 60 nations have a World Trade Organization-legal version of it, noted Ranking Member Collin Peterson, D-MN, prior to the lopsided, 38-6 committee vote to repeal.

The aggie move, however, doesn’t repeal the law; that will take full House and Senate approval, then White House consent. While the first step is all but assured, the glacially slow Senate may not even take up the idea and, if it does, approval is not guaranteed.

If Congress does move to kill COOL, the White House would be in a bind. For years it has been a consistent supporter of the inconsistent: it supports both COOL and the WTO. If forced to choose one over the other, however, bet that it picks the WTO—with regret, to be sure, but without pause.

The incredibly fast Ag Committee action (the WTO had ruled against the U.S. COOL law just 48 hours earlier) and overwhelming vote was a huge victory for Big Ag and knowing ignorance, and a stinging defeat for consumers and transparency.

Even at that, however, the vote was not Congress protecting the nation’s food safety. That nonsense is what COOL haters want the public to believe because they know this lie is far easier to sell than the actual truth.

Truth is, COOL isn’t about food safety; it never was. COOL is about freedom to choose; your right to know everything you can about what you buy to put in your mouth and the mouths of your family.

Shameful as it is for Congress to, again, work to deny Americans this valuable right, three so-called farm groups—the National Cattlemen’s Beef Association, the National Pork Producers Council, and the National Milk Producers Federation—have more to be ashamed of.

Since COOL’s legislative inception in 2002, NCBA, NPPC, and NMPF have spent millions to buy one-sided, anti-COOL studies they’ve used to condemn it; they’ve helped finance years-long lawsuits to fight its implementation (the money went down a rat hole; federal courts have consistently held the law constitutional) or have it killed; and they’ve financed political candidates who oppose it.

Their anti-COOL stance was—is—simple to understand. Influential agbiz group members have hundreds of millions, even billions, of dollars riding on unrestricted global trade. That means any law that slows exports of U.S. meat or milk products abroad or the import of foreign animals and food here costs ‘em markets, sales, and profits.

COOL backers get it; always have.

What they will never understand, however, is why Big Ag has not used its legal firepower, political influence, and deep pockets to develop a workable county of origin labeling policy that is both WTO legal and delivers what more than eight out of 10 Americans say they want to know: whether or not the chicken they’re eating is Chinese or the sirloin on the grill is Sonoran.

Other countries have COOL. What, we’re not as smart or clever as them? Aren’t we “exceptional”?

Tweet
← The Land of Milk and Uncle Honey
Got Guts? Bet on TPP →