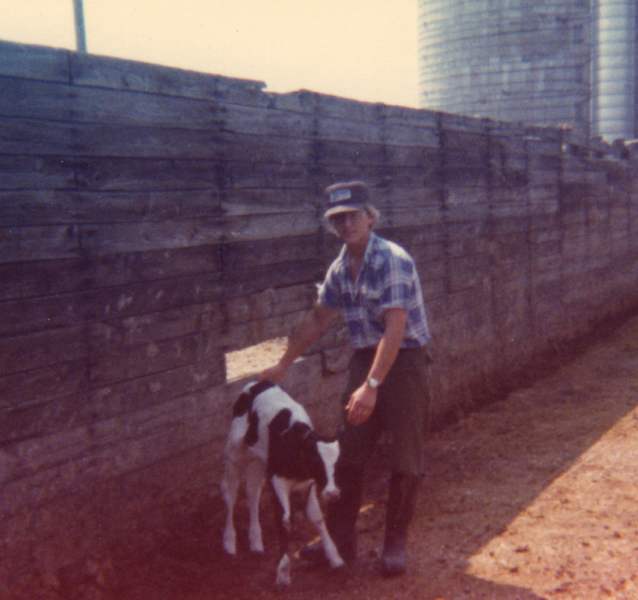 We didn’t know it back then but everyone on the big southern Illinois dairy farm of my youth was a foodie.

Of course there was no one named Bittman or Pollan or Waters to tell us we were foodies but there were people named Mom and Grandma and Aunt Nina whose food knocked your socks off despite their cracking a cookbook about as often as they wrote one—which was never.

Most of the ingredients these professional amateurs used in our breakfasts, dinners and suppers came either from our farm and garden or were purchased—hogs, peaches, roasting hens, eggs, apples and such—from neighbors within 10 miles of our kitchen table.

So, in almost perfect ignorance, we ate farm-to-table, our farm to our table, for decades. We were foodies, indeed, and “locavores” to boot, long before anyone on the East or West Coast cooked up either word or concept.

If you grew up on a farm or a ranch two or more generations ago, you, too, were a foodie and locavore because, back then, rural food leaned more on home butchering and canning than grocery getting and buying. Eating local was more about what you had on-hand, not what you carried home from town.

Besides, most “store-bought” food (the name our farm’s hired men gave all goods purchased in town) back then involved a lot more novelty—Oreos, Coca-Cola, Froot Loops—than nutrition. “Real” food, the pork loin in the basement freezer or the milk from that morning’s chores in the refrigerator, easily beat the “goodness” of the French fries from that new little building with yellow arches on the state highway.

Today, novelty dominates American food. Those yellow arches are now golden arches and we are now a nation addicted to sugar, fat and drive-through windows. Food is mere fuel, and we eat more of it in our family car than at our family table.

For proof, look how we—you and me—have changed our food patterns in the last 40 or so years. (Links to research at https://farmandfoodfile.com/in-the-news/.)

–Also, in 2013, U.S. organic sales (which USDA does not track) totaled an estimated $35.1 billion, an 11.5 percent increase from 2012 but still only 18.4 percent of the amount spent we spent to treat obesity-related health problems that year.

According to that brief survey, most of us ate less sugar and less fat when we ate more fresh, more local food at home 40 or 50 years ago than what we buy and eat (mostly) in town today.

Also, most of us were skinnier and healthier (as were our parents when compared to us today) and all of us had more neighbors and more “community”—local banks, medical care, grocery and clothing stores and the like—than almost any of us have anywhere in rural America today.

In short, we had it very, very good—despite Grandma pushing the pickled beets and lima beans every chance she got. Little wonder, then, that a new food culture, a foodie culture, is taking root across the U.S. now.

These folks just want to eat like we used to.